The Premier league runner-up , Liverpool awaits a home match against the popular Saints at Anfield where the Reds are hoping to start a new season with a win. Brendan Rodgers’ side was very close of winning the league title, but a slip in the last three rounds ensured that title goes to Man City. 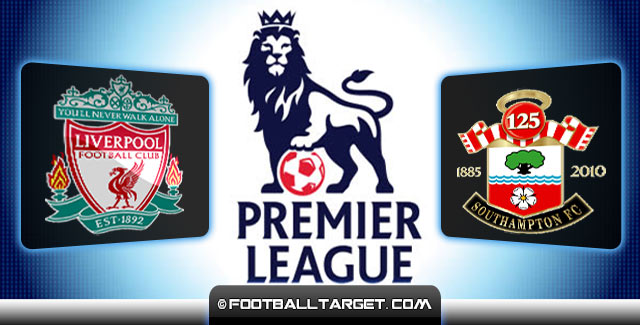 Southampton surprised many last season and the Saints finished on the good 8th place. Last season these two teams have played twice and both time guests have won.

The biggest question for Brendan Rodgers’s side this season is, can they repeat the last season. The key player, Luis Suarez joined the Spanish giant, Barcelona FC, but the Reds used that money and landed many other names. Still, Rodgers is looking to boost even more the team by signing soon another striker. It’s rumoured that Liverpool are interested to land Falcao. Lamberts, Lallana, Lovren, Moreno are the new faces in the locker-room, but they are not on the level to replace Suarez and Rodgers is aware of that. Still the rest of the team remained the same, and Liverpool will do their best to make another Premier league title run hot & spicy for other clubs.

Except Suarez , attackers Iago Aspas and Luis Alberto have left, Cissokho’s & Moses’ loan expired while currently out of action is injured midfielder Lallana.

Great credits for the good last season regarding the Saints are belonging to the young coach Pochettino whom greatly improved their game so it is not surprising that during the summer, Tottenham were very insistent to bring him into their ranks.

Instead of him Ronald Koeman from Feyenoord arrived and apparently we can expect more good things from Southampton this season.

However, we must point out that a major handicap for the Saints are departures of the three England players, defender Shaw, midfielders Lallana , attacker Lambert and the Croatian stopper Lovren, while the first part of the season due to injury will miss the striker Rodriguez.

That is why Koeman quickly reacted and from his former club he signed attacker Pelle and from Twente an offensive midfielders Tadic, while arrived also the goalkeeper Forster from Celtic, defender Bertrand from Chelsea and midfielder Taider from Inter Milan. Surely the Saints would need time to start playing as a compact team considering all the changes in the first team.

Match Prediction : Liverpool to win and over 2,5 goals