After winning the North London derby against Arsenal 2-1, thanks to Harry Kane’s two goals, Mauricio Pochettino’s men on Tuesday night will try to end a bad run against the Premier league’s runner-up last year, Liverpool FC.

Liverpool won the last four mutual encounters vs Tottenham Hotspur, while in the last three The Reds did not concede any goals, smashing 12 in the same time. Last time these two teams have met at Anfield, Reds enrolled an easy 4-0 win, while this year at the White Hart Lane, Liverpool celebrated with 3-0. 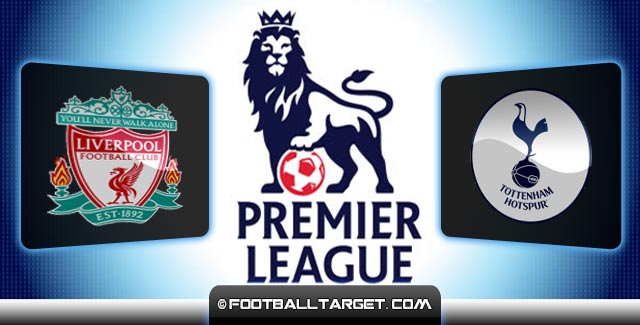 Somewhat surprisingly Saturday’s ‘Merseyside derby’ between Everton and Liverpool ended up with unpopular 0:0 with which neither team profited, and before today’s clash with the fifth-placed team, Tottenham, to Liverpool remains consolation that against The Toffees they were something better and more dangerous.

However, to win big matches Reds should create more chances and score more goals, and that will be the guiding idea of Brendan Rodgers against Tottenham. It’s the fact that the Reds in the second part of the season are playing much better, but their strikers don’t score a lot. Luis Suarez’ departure to Barcelona is something that Liverpool still is trying to compensate. Mario Balotteli, Lambart are not paying off their money, while the good news for the Reds is a return of Daniel Sturridge from injury. With him Sterling’s pace and dribble on the flank can cause more problems to Liverpool’s opponents, while Coutinho from the second plan and Sturridge this way have more space to convert chances into goals.

– We were excellent at Goodison, especially in the defense segment of the game, and to score a goal, sometimes you need to have some luck.

– The result against Everton is real, and now we continue the fight for the Champions League against Tottenham – said Liverpool boss Brendan Rodgers, who has no new worries about absences, while the stopper Toure just returned from Africa Cup of Nations where he became champion with the Ivory Coast and it is not certain that he will play against Tottenham.

– How important this game against Spurs who have great results lately and four points more than us, I don’t need to say.
– In previous games we were better than the guests and I believe that we will impose today and come to a victory, said Brendan Rodgers

In the last 20 games against Tottenham, Liverpool celebrated 13 times, and was defeated only once.

As for the Spurs, match at Anfield they welcome in a good mood considering the last three straight Premier league wins, with which they jumped to the fifth place and now are just two points behind the third placed Southampton, while recently in the League Cup with a win over Sheffield United Mauricio Pochettino’s men qualified for the finale.

On the other hand, the only blunder Tottenham had in the FA Cup when Leicester City beat them 2-1 at White Hart Lane, but maybe this was a good thing for the Spurs since Europa league competition second part is starting soon and Pochettino can focus on that competition.

Three days ago thanks to Harry Kane’s double Tottenham at home with 2-1 beat Arsenal, and jumped over the Gunners to fifth. Kane is in incredibly good shape and in a very short time he already has scored 12 goals, thus jumping to the fifth position on the list of the best Premier League scorers .

– Against Arsenal we played smart, showed passion and emotion, and what is important to me, recognizing that energy, which is converted in such a good game.

– Kane has expressed his great potential, but he and the team must go step by step, and to strive for continuous improvement through hard work.

– There are many difficult challenges ahead, starting with this against Liverpool, and the goal is to finish at the end as high possible (Champions league place).

Pochettino doesn’t have any injury problems but Tottenham this season played the most official matches of all clubs in the league, and it’s left to see can the Spurs carry on the momentum from Arsenal’s game and beat the Reds from Liverpool.

Match Prediction : Both teams are in great form, but considering the recent mutual history vs Tottenham, the Reds should win this and make the battle for the Champions league places even more interesting. Still, Tottenham failed to score a goal in the last 3 games vs Liverpool, and with Kane’s good form they could score tonight at Anfield. Both teams to score for which Ladbrokes is offering a good odd, so be sure to check ladbrokes promo code before you place a bet.