Manchester City are finally closing in on Fiorentina’s Steven Jovetic after agreeing a €27million fee plus add-ons with the Serie-A club. Personal terms are being discussed between City and Jovetic, with the striker understood to be undergoing medical tests in Florence ahead of the proposed move. 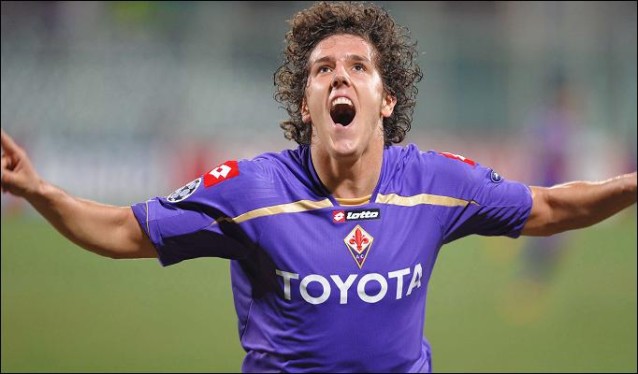 The two clubs have agreed a deal which would see City pay roughly €27million up front, with a further €3million performance-related bonuses. It is estimated that Jovetic is set to sign a £80,000 a week contract, set to net the 23-year-old over £4m a year.

Providing personal terms and medicals run smoothly, the signing of Jovetic could be completed and confirmed by the end of the week. If Jovetic does indeed sign for City, then their pursuit of Alvaro Negredo would be unlikely to happen, however Pellegrini may still feel the need to bring in a further striker to bolster his options, especially if Edin Dzeko leaves the Etihad.

Jovetic featured in 35 Seria A games for Fiorentina last season, and managed to find the net on 13 occasions as he helped the Florence club finish 4th. He is a strong, powerful striker with an eye for goal, so should be a good acquisition for Manuel Pellegrini.