After last week draw against Stoke City 1-1,Man Utd taken first spot leaving Citizens three points behind.Mancini footballers will look to bounce back this Saturday afternoon when they host Sunderland,in the their fortress,where they won every home game in the Premier league this season.So,no better way then keep doing winning at home and putting some pressure to Ferguson footballers,and hoping they will slip somewhere. 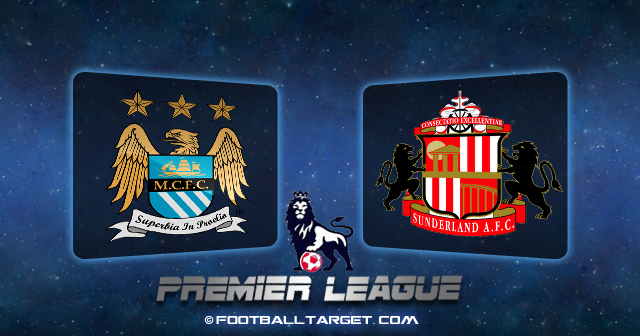 Man Utd play with Blackburn in Monday,so if Man City wins today it will take,temporarily first place over their cross-town rivals due the goal difference and will stay there if Man Utd lose. In early December,City were as much as five points ahead Man Utd but draw with Stoke,and earlier defeats to Swansea and Everton, dream about wining their first league title since 1968. make them farther.

Guest,Sunderland which are currently eight in the table,of the Premier league,are one of the four teams that managed to record a league victory over Mancini footballers.But,their away form started to drop,as they didn’t record an away won since February 4 and win vs Stoke,and they didn’t score more than one goal in Premier league since January,when they demolish Wigan with 4-1.

In last five matches Sunderland managed to win only once,and after last week FA Cup exit on Tuesday night at the hands of Everton,O’Neill’s footballers will try to bounce back,but will they managed ? It will be incredible hard for them,as they visit this year fortress Etihad ,and City stars,after which they host Tottenham Spurs,and travel to Liverpool where they visit Everton.

What are they saying…Roberto Mancini Pre-match interview

Prediction : To be short ,nothing except Man City another home win,will be a miracle.City to win.