Manchester City wants to overtake Real Madrid,Manchester United and allegedly Barcelona in the race for this wonderkid,who is already labeled as the new Luka Modric.

The fee would be around 7.5 million euros according to the Daily Mail and the Mirror goes a little further:

– Manchester City is prepared to offer a 8.7 million euros bid for Croatian prodigy.
Halilovic is one of the best young (16) players in the world from and the Citizens will try to bring him to England through the work permit for ‘special talents’. 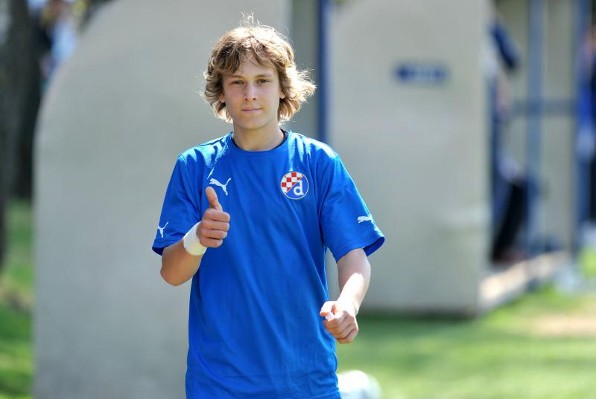 As Footballtarget has discovered from sources close to the club,a delegation from Man City this week was in Zagreb to negotiate about this 16-year-old wonderkid.

Dinamo Zagreb´s chairman believes that he can earn much more on Alen Halilovic in the future, so he is looking for the transfer layered with future sell-on clauses

Alen Halilovic who turned professional this year in June has made his debut for the first team in September.With this he broke the team record becoming the youngest debutant in the history of club.

In the next match he also became the club´s youngest goalscorer in a 4-1 victory over Slaven Belupo in domestic league.

In the last round of Croatia national league,against Zadar,Alen Halilovic has scored and his second goal..