Manchester City face off Jose Mourinho’s Chelsea FC this Sunday hoping to bounce back after Champions league defeat in Germany to Bayern, but more importantly to end Chelsea 100% start to the season, cut the gap and to take a revenge for the last year defeat to Chelsea. 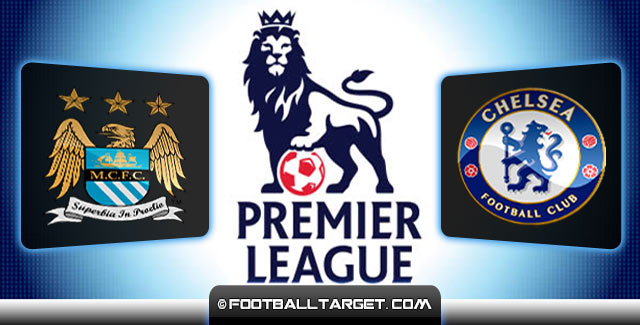 After the Super Cup defeat to Arsenal ahead of the new season, Man City enrolled two openings win, against Newcastle and Liverpool at home. For that two rounds it looked like the Citizens wont have any problems to win again the new title, or at least they are one of the top 2 favourites. Still, in the 3rd round Pellegrini’s side have suffered a shocking defeat to Stoke City 0-1 at the Eithad where they really rarely drop any points. In the last round they had a chance to get one back to Arsenal but in the end they drew with the Gunners 2-2.

Champions league match against Bayern Munich and another 1-0 defeat in the last minutes is something that the Citizens would have to forget soon and do their best to cut the gap already at the start of the season to Chelsea FC and to take a revenge for the last year’s two defeats to the Blues.

Sergio Aguero still is struggling with his fitness but most likely will be ready for the clash with Chelsea, while Zabalata , Fernandes and Jovetic remain sidelined.

Pellegrini on Aguero’s condition: “He’s fresh for Sunday and I am sure that he will make a difference. When he is 100 per cent fit he makes a difference.”

As for the Chelsea FC, they await the big derby at Etihad after winning the opening four rounds in which they scored 15 goals, of which seven were the work of a new striker Diego Costa. Last round Costa netted a hat-trick but the Spaniard even from his time at Atletico Madrid carries a hamstring injury. That’s the reason for which Chelsea boss Jose Mourinho gave him a rest in the Champions league home encounter to Schalke 04. It wasnt a good decision, as the Blues played only 1-1.

“Diego is not in the best condition but he will start the game,” he said. “We tried to do our best, the player is fantastic in his amazing attitude to be available. We have to protect him until he gets completely fit.

But Costa will certainly start from the first minute against Man City , just like the defender Azpilicueta and attacking midfielder Oscar who also were rested against Schalke. Most likely this time due to more defensively tactic which Mourinho will use from the first minute could play and the midfielder Mikel. Mourinho doesn’t have any problems with the players injuries.

Match Prediction : The new Premier league just started, but the gap is already on 5 points, and could increase to 8 points. That’s why we think that Man City won lose this match, as Chelsea have to fail somewhere, but as the better tip we see here both teams to score.