Manchester City have confirmed on their official website that Roberto Mancini has been sacked as their manager,while for now Assistant Manager Brian Kidd will take interim job for the remaining two games of the season.. 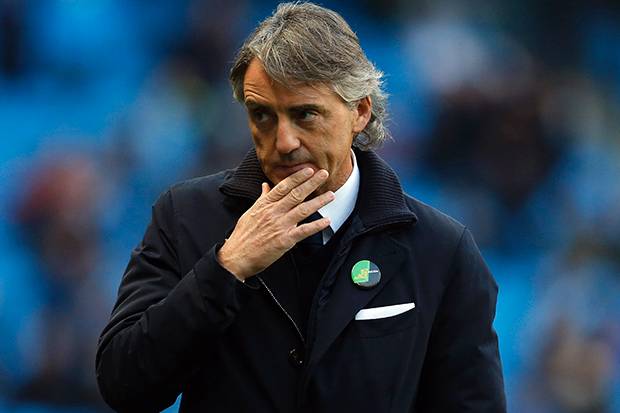 Coincidence or not,the Italian, Roberto Mancini was fired on the same day when he led Man City to its first domestic title in the last 44 years.The FA Cup finals and lost of 1-0 by Wigan , so proves to be the deciding factor here,and rumours that Malaga boss, Manuel Pellegrini will take charge of Man City for the next season,came to one step closer of realization.

However, at Man City website it is said that Brian Kidd (Assistant Manager) will take interim job for the remaining two games of the season.

Man City Chairman Khaldoon Al Mubarak said: “Roberto’s record speaks for itself and he has the respect and gratitude of Sheikh Mansour, myself and the Board for all of his hard work and commitment over the last three and a half years. He has clearly also secured the love and respect of our fans. He has done as he promised and delivered silverware and success, breaking the Club’s 35-year trophy drought and securing the title in 2012. I would like to personally and publicly thank him for his dedication to the progress that he has overseen and for his support and continued friendship.”

Big twist with Roberto Mancini future can happen, as some of the latest transfer rumours are, that PSG and Monaco are interested to land Mancini,while Ancelotti could switch to Real Madrid.