After missing out on potential targets, Manuel Pellegrini could turn his attention to PSG’s Swedish superstar Zlatan Ibrahimovic as the solution to his striking dilemma at the Etihad. City have pretty much given up on their hopes of signing Napoli forward Edison Cavani and Polish striker Robert Lewandowski. 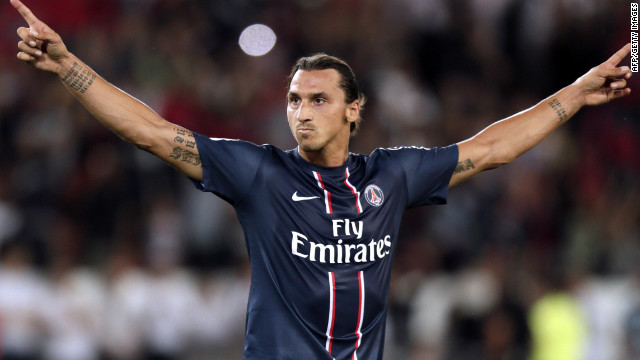 It is reported that Ibrahimovic could cost City in the region of £17m, with the striker prepared to take a pay-cut to force a move to Manchester. City’s interest in the Swede has come around after reports that Ibrahimovic has already fallen out with new PSG boss Laurent Blanc, with speculation that he won’t be showing up to report for training next week. It is understood that the French’s club pursuit of Edison Cavani has somewhat annoyed the striker. If this is the case, then a move to Manchester City could be on the cards, and would be appealing for all parties involved.

Ibrahimovic isn’t getting any younger however, and at 31, 32 in October, City could see £17m as a bad piece of business, with them unlikely to be able to recoup any of the fee paid for the striker in the future. But Ibrahimovic has been one of Europe’s most prolific strikers during his career, and has won a domestic title 10 times in 12 years. If City could get two clinical seasons out of him, then £17m could seem like a bargain.

City’s pursuit of Steven Jovetic faces another hurdle, as Juventus remain in the running to sign the striker along with City. However Pellegrini is still favourite to get his man. It is likely though that it will be one or the other, but it would be interesting to see if Ibrahimovic does become available, if Manchester City make a move for both of them.

Ibrahimovic finished his first season in Paris by scoring 30 goals in 34 appearances. In a total of 536 career appearance, Ibrahimovic has scored a staggering 269 goals during his career.