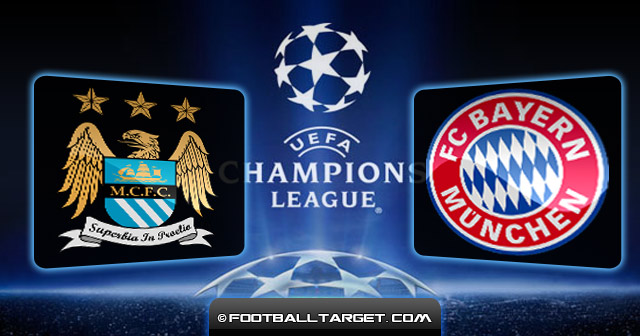 As for the clash of the two new managers, Manuel Pellegrini on one side, and Pep Guadiola on another is worth to mention that Man City manager has yet to taste a victory over the Spaniard. So far , while coaching the Spanish teams in La liga, Pellegrini with Villarreal, Malaga and Real Madrid failed to beat Pep Guardiola while he was still a coach of Barcelona FC.

These two teams have already played together in the Champions league , season 2011, when both team have achieved home team victories with the same result , 2-0.

The home team, Man City, have two faces, the one when they are playing at home, and the one when they played away. If we take out the Czech side, Plzen, Man City on their last three visits , has 2 defeats (Cardiff City, Aston Villa) and one draw against Stoke City. As for these two defeat it´s interesting that Man City both times was leading and both time they lost by conceding three goals.

These problems are not so big, when they play at home, where the Citizens are strong as the last season. 10 goals in three matches says a lot, and a 4 – 1 win over their big city rival, Manchester United is something for a respect.

City new manager, Manuel Pellegrini, likes Europe matches, what he proved with Malaga and Villarreal. So this competition is not strange for him, and his experience in it, perhaps it is a key thing for hiring him.

Good news for the Citizens are news that Aquero and Silva are fit for this match. Navas will return on the right flank. Man City striker , Edin Dzeko , before joining Man City, played in Bundesliga, so his experienced a lot of games against Bayern Munich which could prove to be a major factor in this match.

Bayern Munich doesnt have any problem with playing away, more precisely, they look like they dont have problems at all, and indeed often seem as invincible. Sometimes they might seem like a not convincing, as it was on Saturday against Wolfsburg (1-0) in Munich, but in the end, they win.

For the third consecutive championship match at home, they “break” a match in the second half, after 0-0 in the first, but opponents do not threaten very much , Neuer, and only one goal at the Allianz Arena in his net, proves that. What is new with Bayern Munich, is that Lahm under Guardiola is playing as defensive midfielder, and he is playing very good at this position. Bayern Munich , strength already demonstrated against CSKA Moscow, and Schalke , and for this match, they certainly have their hopes of winning.

Match Prediction The home team , Man City and his owner and fans want to stay in the biggest competition much more than the last two years, so they would go for a win here. That means , their approach will be offensive. On the other side, Bayern Munich knows how to play big games, and they wont just wait for their time to score. Both teams to score is our prediction.