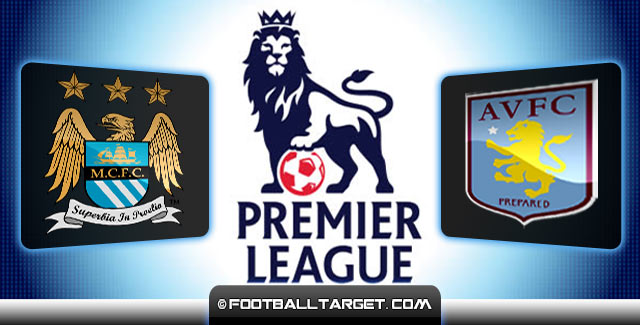 Manchester City currently sit on the 2nd place having one point less than the league leaders, Liverpool, still today’s victory over Lambert’s men will place them on the 1st. Citizens do have a game less played than the Reds and Manuel Pellegrini’s men practically are the new league winners. Still, all is not done and the coach Pellegrini admits it, knowing there are still enough room for a major slip, so he expects a big determination and focus from his players.

The pressure is on Man City as Aston Villa doesn’t have anything to lose. They sit on the 14th place and there are safe above the relegation zone so they can enter this game relaxed. Even more, the Villans have already beaten Man City this season, at home with a 3-2 score.

Manuel Pellegrini does not accept the claim of his Liverpool counterpart Brendan Rodgers that the title race is effectively over and settled in Manchester City’s favour.
Pellegrini was speaking on Tuesday, a day after Liverpool surrendered a 3-0 lead to draw 3-3 at Crystal Palace.

A win against Villa doesn’t secure the title – Pellegrini

Man City with a win over Villa and avoiding defeat against West Ham on Sunday, likely would be enough for Manchester’s blue side to win league title, since they have a significantly better goal difference than Liverpool.

Yaya Toure is in a confident of City next two games :

“We definitely expect to win it,” he told the club’s official website. “As a team at the top you always expect to win.

“We have worked so hard this year and if we don’t win, it would be a massive disappointment for us, for the fans and for the club as well.

“I hope we complete the job, but it depends how sharp we are, how we prepare mentally and physically.

“Our target was always to win something, but for us the League Cup is not enough.

“The Premier League was always our target, so now we need to do be at our optimum levels when Aston Villa come to our stadium on Wednesday.”

While Aguero remains a doubt for City, Nastasic is out for City, Lambert can’t count on Christian Benteke (Achilles) and Libor Kozak (broken leg) while Gabriel Agbonlahor (knee) is a doubt.

Match prediction : Stake is very high in this game for the home side. City have more quality played and much bigger motive. City to win and over 2,5 goals.