After beating 2-0 away Newcastle United, Manuel Pellegrini’s side as the current Premier league winner welcomes the title runner-up, Liverpool FC at their Etihad stadium in the last match of the Premier league 2nd round. On the other side, the Reds have also celebrated in the first round against Southampton 2-1 at Anfield but harder than expected. 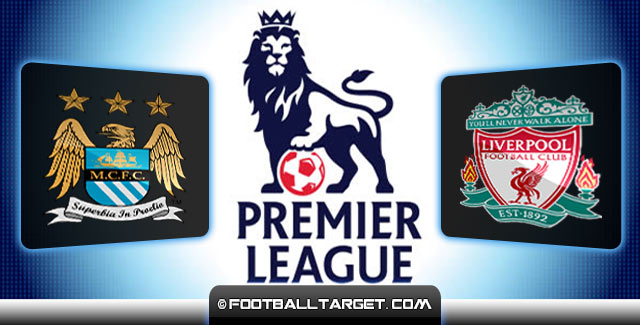 Liverpool Boss Brendan Rodgers was hoping that Mario Balotelli’s signing would be done before this match, but that transfer is not done yet, so without a real replacement for Luis Suarez who departed to Barcelona FC, Rodgers hope that his trio Daniel Sturridge , Raheem Sterling and Philippe Coutinho will be enough offensively to beat the reigning champion away.

Speaking of the team news, the bad ones for the Reds are that Adam Lallana, Jon Flanagan and Daniel Agger will miss this clash due to knee injuries.

“If you look at both sets of players, there’s lots of invention and creativity – both teams will be creative and want to score goals,” he told reporters.

“We know we need to be compact and solid when we haven’t got the ball, we need to be aggressive and press well. That’s the nature of our game.

“We know we have the freedom, movement and pace that can hurt teams. We understand it’s early on, but it’ll be a good game for sure. It’s been a great start to the league campaign.”

In the last 7 mutual matches Liverpool enrolled three wins, three draws and suffered one defeat (away). The most recent match Liverpool have won , still it was in a pre-season contest in New York, when the Reds twice came from behind to win on penalties, while in the last season both teams enrolled home wins.

As for the host, Manchester City, two league trophies in 3 years speaks a lot. A lot of credits goes to Manuel Pellegrini who last season in his debut on the Citizens bench grabbed the league title. Knowing that and the fact that the same team is still here, boosted by Mangala, we can say that Man City are the biggest title favourites. Still, a round one win at Newcastle was followed by a 3-0 loss to Arsenal in the Super Cup.

It’s expected a return of recovered Zabaleta on the right-back, while Mangala probably will wait for his debut, as the experienced Demichelis a week ago paired with Kompany did a great job at the back. The striker Alvaro Negredo due to a broken foot is out, but Sergio Aguero came off the bench last week and sealed a win for Man City so he will start from the 1st minute.