This Saturday in the oldest world football competition,the FA CUP finals will clash Roberto Mancini´s Manchester City and Roberto Martinez Wigan.This will be the second time in only three years that two Premier league clubs will weigh out their strengths at Wembley. 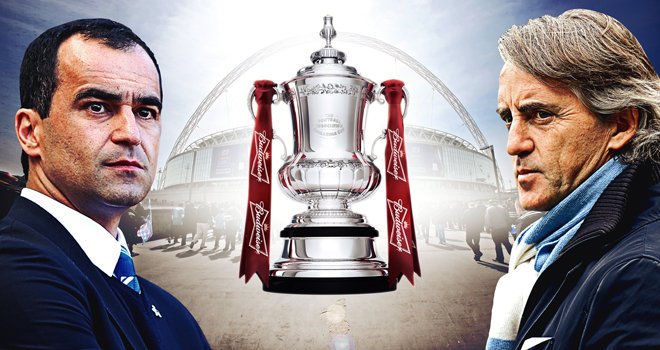 It´s fair to say that Manchester City is the overwhelming favorite to lift the trophy,and by doing so, the Citizens would draw the club level with Newcastle and Blackburn,and be only one trophy of seven-time winners Liverpool, Chelsea and Aston Villa.

It was exactly the Italian, Roberto Mancini who ended a trophy drought stretching back to 1976,who has won FA CUP trophy in 2011.On the other side is Wigan, who has never won a top-flight competition in its 81-year history.This time the Latic´s face a difficult task as in the last 8 Premier league matches they did not experienced any joy of victory.The last 8 matches the Citizens have won.

Match Prediction : Man City to won the trophy.Over 2,5 goal would be another good choice here.