Gustavo Villani, the Fox Sports Brasil journalist , revealed this news on his twitter feed, and a few minutes later the giant Latin American sports network reproduced the same news on their own channel. 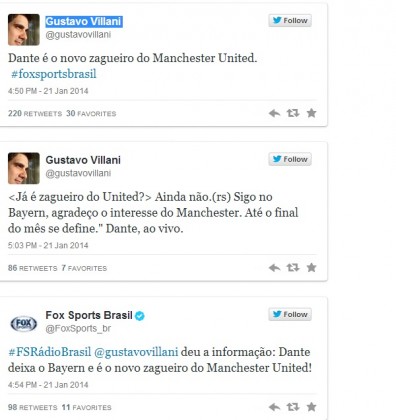 If the rumours prove true considering this deal is not official yet , the English side, will be landing a Brazilian international centre-half who last season has won the treble with Bayern Munich.

Further, the Brazilian defender, Dante will arrive at Old Trafford before the January transfer window closes ( 2 weeks). The transfer fee and nature of the deal remain unknown for now.