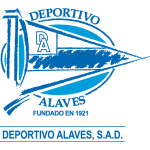 Match Highlights Barca’s famed MSN trio helped the Blaugrana to set the record straight for defeat to Alaves in September in what can be call the rehearsal for the Copa del Rey final in May. Luis Suarez opened the scoring and gave Barcelona a half-time lead in the 37th minute, which Neymar increased to 2-0 just three minutes later. Lionel Messi int he 59th minute scored for 3-0 while four minutes later Messi with Alexis who scored an own goal lifted Barca to 4-0. Two minutes later, Ivan Rakitic bags a golazo for 5-0 while a couple of minutes later Luis Suarez scored for the final 6-0. Barcelona with this three points jumped to the first place, having two points more now, than the Los Blancos who’ve played three games less.