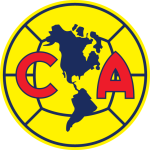 Match Highlights Real Madrid booked their place in the FIFA Club World Cup competition with a 2-0 win against a Mexican side, Club America.

The Los Blancos had a lot of problems of scoring, but late in the first half the French striker Karim Benzema on Kroos’ assist finally broke the Mexicans. The FIFA Club World Cup final, the Los Blancos sealed this time in the injury time of the second half.

The referee Ronaldo’s first goal in his career for Real Madrid at the Club World Cup first canceled, and later changed his decision and he admitted after assist of VAR (video technology).

Thus, Ronaldo scored his 500th goal in his career and now has enrolled in the scorers-list for Real Madrid in all competitions. In the finals, Real Madrid side will play against the Japanese Kashima Antlers, who with 3: 0 overcame the Colombian side, Atletico Nacional.