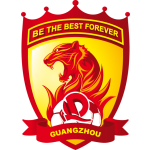 BARCELONA convincingly opened the Club World Cup competition and secured the FIFA Club World Cup final. In the semi-finals with a hat-trick of Luis Suarez, Barca sank a Chinese Guangzhou, 3-0.

Barcelona played without Lionel Messi who was out due to alleged kidney stone and Neymar (was on bench). But even without the biggest stars the Catalans easily won the first game. Chinese team from the bench led the Brazilian Luiz Felipe Scolari, who in addition to the Chinese players in his team has five Brazilians, including the world-famous Robinho and Paulinho.

Suarez scored the first goal in the 39th minute, in the 50th he raised the score to 2-0, and in the 67th from a penalty he completed his hat-trick.