Jose Mourinho first task as Chelsea boss will be to decide John Terry’s future at Stamford Bridge.
The Blue skipper has 12 months left on his current deal and is eager to get an extension, like his teammates Frank Lampard and Ashley Cole who were given one year extension to stay at Chelsea. 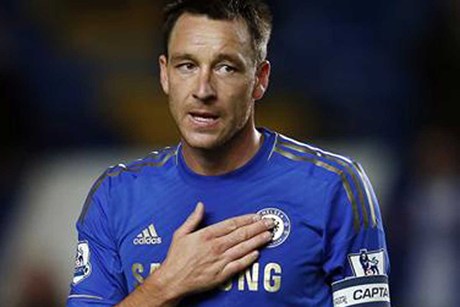 Best friend of Lampard said recently, “‘I know JT will want to stay, because he said he’d love to stay at Chelsea. He feels the same as me.
‘Why play anywhere else when you love the club you’re at? JT’s the captain of the club and he does a brilliant job.
‘At the start of next season, I think that’s when the club will take a view on it. I know what my view would be.’