“Derby Delle Due Sicilia,” as Italians call meetings of Napoli and Palermo, always brings fiery Southern atmosphere, which has rarely been seen anywhere in the world. Hot will be a in this meeting at the stadium of Stadio San Paolo, Napoli is fighting for the Champions League and Palermo has not ensured survival. 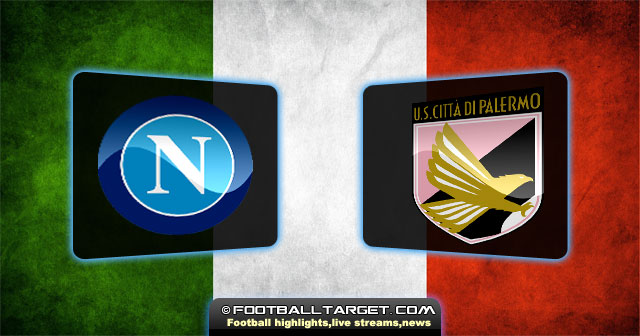 Palermo 4, 5 round before seemed far safer in survival than today. The reason  is that in the last four rounds they won only 2 points. The advantage of 6 points is still great, but if they continue on this way than everything is possible. Obviously in the club’s something is wrong  a few days ago from the position of technical director, after he served only one month Christian Panucci was sacked. The reason for is altercation with the club manager Maurizio Zamparini.

Napoli, after three consecutive defeats finally put together two wins in a row. Not because of the significant improvements of form, as they play with  a weaker opponents,like Novara and Lecce which  are likely travelers in lower league or Serie B. Napoli Coach Mazzari is still satisfied, and believes that prior to visits of Palermo team will not need a special motive, it is a meeting where the full stadium will force players to give their maximum.

Napoli after a long time  come to the third position,where actually are only due to better goal-difference from Udinese,Inter and Lazio, who also have won 55 points. certainly this  guarantees us great excitement in the last three rounds, where every point will be at most importance and every loss of points could be fatal for the place which lead in the Champions league.

That, of course, are aware  in the camp of Napoli, so against Palermo they announced total offensive from the first minute, and it certainly confirms the return of great striker Lavezzi in the first lineup.

Of course  next to him in the offensive segment ,lot of is expected from Cavani and Hamsik and even from  reservists Pandev, while ,even the midfield of  Napoli  shown great form in the last three matches.

Otherwise, this meeting will be missed due to injury just a defender Campagnaro and midfielder Donadel, while due to cards is suspended midfielder Dzemaili.

We have already said in the introduction that the Palermo team in recent years, has not quite celebrated on their guest performances in Naples.

Moreover, their confidence is at this point really very low, because they are  five rounds without a win, while in the last two home games have won only one point.

But for them certainly duel with Neapolitans always have been a special motivation due to southern pride, so this time we expect from the coach Mutti possible surprises in the tactical scheme,while the lineup probably should be the same as in the final duel with Catania, where at their stadium they won only one point. As for the absences, and this time will only miss injured defender Balzaretti and midfielder  Della Rocca.

Prediction : Although this is a duel of two great rivals from southern Italy, the current state on the table to us do not really leave much doubt about forecasts, because the points are much more necessary to Napoli in the fight for equity in the Champions League, and besides that they are playing in front of their fans where they rarely spilled points.So Napoli to win,you can also try over 2,5 goals.

Watch this match from live stream (WATCH LIVE) and watch match highlights after the match like the full match video.