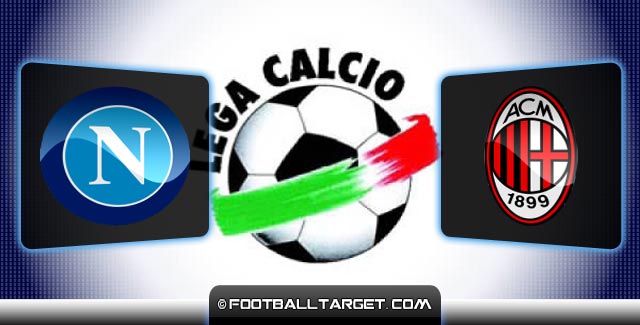 Napoli will host the Rossoneri this Sunday at Stadio San Paolo.Both teams will look to return at the victory as they’ve both lost on the midweek [ Napoli vs Empoli 2-4 and Milan vs Genoa 1-3 ].The Blues wont afford another loose if they want to achieve top 3 this season as they are -5points from AS Roma.Meanwhile i Rossoneri got nothing else to fight than for their dignity. AC Milan must face their second consecutive year without playing in Champions League.

Napoli
Napoli have not been good enough in the last 5 matches as they’ve secured only 9 points and they’ve lost against their rivals, As Roma. Anyway the Naples side has done a great performance on Europa League as they’ve reached the Semifinals so far.The future of Rafa Benitez looks uncertain after the club is failing to reach their objectives and the possible victory of Europa League seems to not help the Spaniard so much.

Benitez seems to start once again with a 4231. Higuain is the favourite against Zapata despite the Colombian has made a good performance this season by scoring 8 goals in Serie A.On Higuain’s back will be Callejon, Hamsik and Insigne, while Gargano and Inler will form the midfield.

Napoli must make it against Milan without the trio Juan Zuniga, Ivan Strinic and Jonathan de Guzman , who remains sidelined once again.

Ac Milan
The Rossoneri have been running in a poor form as they’ve won only once on their last 5 matches.Filippo Inzaghi side have shown themselves on the field as a team without ideas and unable to make a decent performance for Ac Milan levels.

Inzaghi has secured only 4 wins on his last 18 matches with Ac Milan, where 3 of those wins came against the sides currently occupying the relegation places.

Milan defense was never at their best, as most of them has ben running injury problems, or have been suspended. This week-end, De Sciglio is going to start in place of Abate and Bonera in place of Paletta. Abate and Paletta are going to make some fitness tests before the match.

Milan will miss their best player against Napoli as Jemery Menez have taken a 4 match suspension after insulting the referee against Genoa this midweek.Pazzini is the favourite to start, meanwhile there are possibilites for Suso to take his chance.