After two shocking defeats of the current European and World Champion, Spain by Netherlands and Chile, Group B last match brings the match for the top spot, between Oranje and Chile. 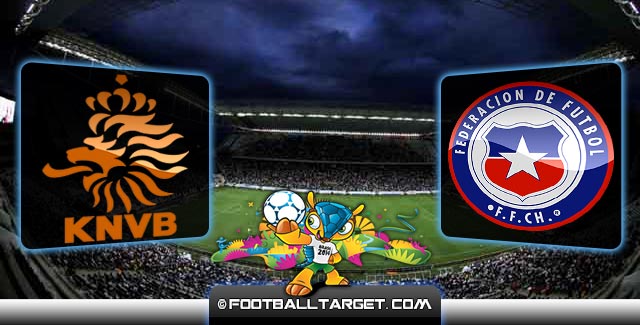 Despite securing the last-16 place, this match brings the opportunity to avoid World Cup 2014 host, Brazil so both teams will be looking to win this one, seal the first place and avoid the Samba Kings. To the Dutch enough is and a draw in this one, but to win at least a point, they will have to do without their top striker, Robin van Persie due to yellow card suspension. The Oranje problems don’t stop there, as Van Gaal is forced to make another change due to heavy concussion of Bruno Martins Indi, who probably will be on the bench.

With Van Persie’s absence, Depay could start, while a switch to 4-3-3 due to Indi’s absence could mean that Klaas-Jan Huntelaar will led the Oranje attack.

Chile face their own problems as their key duo Arturo Vidal and Charles Aranguiz missed training on Friday, so Carlos Carmona could start from the first minute.

The Oranje have not lost a World Cup group game since 1994, and playing against the South American teams, Dutch have lost only once from the last 11 games. On the other side, Chile at the World Cup have never won three successive games.