This is definitely one of the most interesting match of the first rounds of the European qualifications for the World Cup in Brazil 2014,where meets two selections which have in their ranks a number of top players, but also they have new coaches. 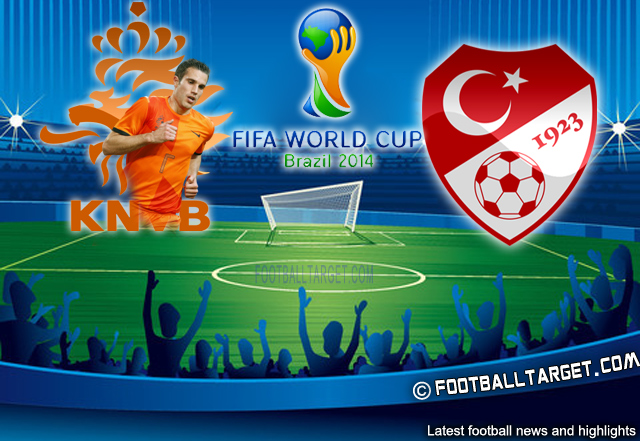 The Netherlands is disappointed after the debacle in Poland and Ukraine, while Turkey has not gone to the last two World Championships, as well to this year’s European Championship.

The last mutual match was friendly and the Netherlands in 2010 as host celebrated with 1:0. In qualifying they last played back in 1997 when it was 0:0.For the Netherlands, these qualifications are very important, and thus opening them against the biggest rivals in the group, is what gives this match extra spice.

The Dutch in recent years usually have no problems in qualifying, but this time the pressure is present due to complete underperformance at the European championship, where they lost all three matches in the group and were eliminated in the group stage.

After that, they played only one more friendly match and they again were defeated, so they are on series of the four consecutive defeats. Belgium was the selection which in Brussels with 4-2 in defeat them this time in a game full of turns in mid-August.

It was the debut of new coach Louis van Gaal on the bench and it is evident that did not fare well. Van Gaal’s second time on the bench “Oranje”, and when he was in that position for the first time, the Netherlands is not qualified for the World Cup in 2002.

This is Van Gaal’s second time on the bench of “Oranje”, and when he was in that position for the first time, the Netherlands did not qualified for the World Cup in 2002,so this is just another reason why they are under pressure ahead of this qualifications.

As for the composition, van Gaal has made some changes, specifically he left out some players on the list for the first two games,like van der Vaart, de Jong Afellay and van der Wiel.

If the Netherlands is under pressure, then Turkey is certainly under more, because this selection has not played in the previous two World Cups and this comes after the 2002 year when they were third.

They missed and this year’s Euro championship again after they played in the 2008 semifinals. Immediately after they were defeated by Croatia in a barrage of Euro 2012,they fired Guus Hidink and placed Avci Abdullah for the coach, to whom this will be the first competitive match on the bench, after a series of friendly matches where they display a variable form.

Turkey unpleasantly surprised with the defeat of Slovakia and Finland, but they won against participants of Euro 2012, Portugal and Ukraine and as the guests. At last test,again they disappointed, because they were defeated in Vienna,by Austria with 2:0.

It can be concluded that they are quite unpredictable and that much depends on the current inspiration of their best players who have the quality to tip the balance in every game.There was no major change in the the lineups with arrival of a new coach but some of player have change the clubs, like Sahin, Altintop or Belözoglu.

In Amsterdam is likely from them to set up tactics something more defensively and try to apply that recipe as on their tour in Portugal when they won 3-1, but on the goal there will not be experienced Demirel, who then defended penalty to C.Ronaldo.

Prediction : We we take all things to consider,the Netherlands failure at Euro 2012,Turkey´s at the last several major competitions,we can conclude that both teams have a big motivation in this qualifications.However,the Dutch are much more quality team,and playing at home this is for them a must win match.So,the Netherlands to win,and you can also try over 2,5 goal.s