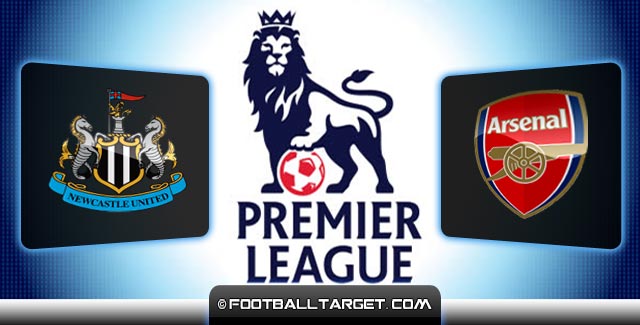 Arsenal finished last season on the third, thus securing the Champions league competition directly this season. Before finding out with whom Gunners will play in Champions league group this season, Premier league started and Wenger’s men have played three games. While many expected a strong start of Arsenal, things didn’t go as planned and Gunners sit currently on the 9th place.

One win, one draw and one defeat is not something for Arsenal fans to be happy with, but there is no time to look back as Gunners already this Saturday will play against Newcastle United at the St. James’ Park where they have to look to grab all three points considering Man City have already made a 5-point gap.

From the opening game at Emirates, things went down-town. A shocking home 2-0 defeat to West Ham has put many questions regarding Arsenal’s new season. It’s clear that until the end of the transfer window, Wenger will have to invest some money, before all to sign a striker.

Second round match at Crystal Palace ended with a win for Arsenal, but it was not an easy win. Arsenal celebrated mostly due to an own goal of Delaney. Last weekend another home game and another spill of points. But this time, on the other side stands a much tougher team than in the first round, Liverpool. Match with a lot of opportunities could go to either side and it’s a real wonder that the game finished with no goals at all, but hey that’s a beauty with football.

Match against the Magpies could be exactly what Gunners need in this moment, considering that Arsenal celebrated in the last seven games against Newcastle United and the tipsters at Sportytrader highlight some interesting key points to back an Arsenal win for this game.

While it’s most likely that the Gunners will sign a new striker, Wenger will look for Giroud this Saturday, hoping that he can continue with the good run against the Magpies. The Frenchman has netted five headed goals against Newcastle and he has scored eight goals in the last six games vs Magpies.

Speaking of Arsenal’s next match for the club official site, Wenger said:

“We want to do well at Newcastle but it’s always very, very, very tight and very committed there because the crowd is always behind their team,” he said.

“They have just come out from a good result at Manchester United so it’s important that we prepare well and we give absolutely everything to win this game before the break.

On the other side, things don’t look so bright for Steve McClaren’s men as well, who sit on the 17th place with two draws and one defeat. Opening home 2-2 draw against the Saints, away defeat to the Swans and in the last round a big point against Louis van Gaal’s Manchester United at the Old Trafford. In the meantime, the Magpies have beaten Northampton 4-1 in the Capital One Cup, so their confidence ahead of Arsenal game certainly is rising and Gunners will have to be at their best to take any points from the St. James’ Park.

McClaren definitely has more job to do especially back at the defence, as many players have come recently. Cabella on a loan joined the French side, Marseille while in other way the Magpies have signed Thauvin who prove to be a missing part in Newcastle’s midfield. Mitrovic and Wijnaldum have boosted Newcastle’s offensive part of the team while Mbemba the back part, still, McClaren will need more time to cope them in to the first team. Midfielder Marveaux and striker Riviere still remain doubtful due to injuries.