The reigning Premier league Champions are starting the new season hoping to make a bigger impact in the Champions league, but also to retain the Premier league title.  In the first round they meet Pardew’s side Newcastle United against which they celebrated three times last season. To maintain the winning rate against Newcastle they would have to do it without some key players. 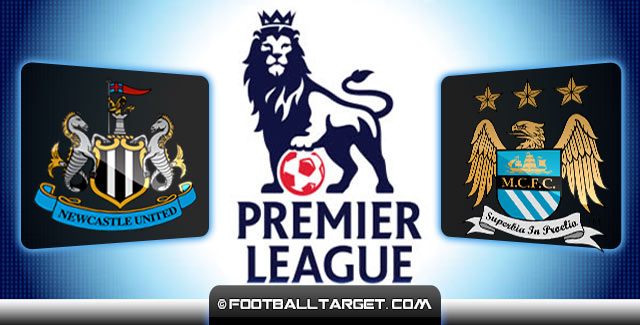 Newcastle United
Alan Pardew’s side didnt secure at least a win against Manchester City in the last 6 matches they faced each others. Still, despite the bad recent history , Newcastle will try to surprise the current Premier League Champion.

Newcastle United have been quite active on the transfer market this summer. They have bought Rémy Cabella from Montpellier, de Jong from Ajax, Riviere from Monaco, Janmaat from Feynoord ect. Speaking of departures , transfer move that they may regret it is the move of Debuchy to Arsene Wenger side, for £12m. The French right back made his debut yesterday for Arsenal on the Premier League.

Newcastle will possibly play in a 4-2-3-1 formation, where de Jong, Jaanmat, Cabella and Riviere are expected to make their debut at Premier League.

Manchester City , under Pellegrini management won their second Premier League trophy in last 3 years after winning the last game of the season vs West Ham 2-0 at home.

At the start of the new season Manchester City stars are still struggling for fitness : Sergio Aguerro is not expected to start today and the centre back that was bought from Porto , Eliaquim Mangala will not be part of the squad selected by Pellegrini because of an injury.

Beside having a good and strong squad depth , Manuel Pellegrini still remains cautious. He admits that some of his players will not be able to play vs Newcastle, meanwhile most of them are not at 100% of their form yet. Anyway he stated that his team is ready for the challenge and will fight to secure an easy win.

At the pre-match interview , Pellegrini stated : “I am not too happy with our preparations because I think we need more days for the players that arrived late, though it was important for the players to have a good rest after the World Cup.”