April 29, 2012 9:00 AM EDT
Stadio Comunale Silvio Piola — Novara
Match : Novara – Juventus Serie A
Referee:‬ D. Celi‎
Within 35nd round of Serie A,Juventus or “Old lady” is traveling to Novara. Match is playing this on Sunday at the stadium Silvio Piola with starting at 15:00.

Juventus first encounter this season with Novara at home,played 18 December 2011th at Juventus Arena finished with a 2-0 victory for old ladie. Scorers for the Bianconeri were Pepe and Quagliarellea. Juventus dominated the entire game and it was pure win for the leader of Serie A. 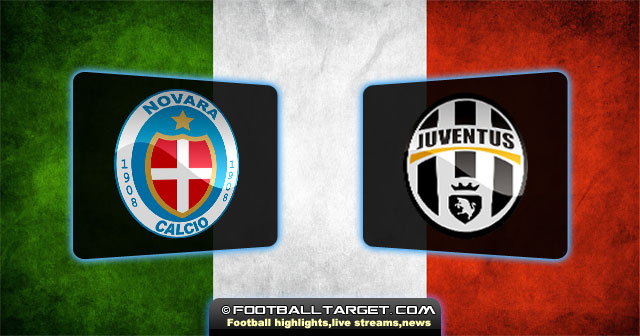 Novara footballers are practically one foot in Serie B. there is some mathematical chance of survival but is unlikely that Novara manage to stay in the league with schedule he has.

Novara is currently occupied 19th place of Serie A with only 28 won points from 34 games. They achieved only six wins from 34 games. Ten times they drew eighteen times were defeated. They have achieved 29 goals and received 57 goals.

Team of Novara is home team which tells the fact that the twenty points out of 28 they won at home. At home they have only five defeats. At home they recorded four wins and eight draws. They bead playing at their stadium teams like Inter,Parma,Udinese and Lazio,while they ere defeated from Bologna, Rome, Fiorentina, Milan and Chievo.

Novara coach Tesser is aware that his team will have a heavy task against League leaders ..

A.Tesser: “Juventus has an outstanding season, their intensity is crazy. I have already thinking about the game. I think I could play with an additional player in order to better cover the field of play. We have to make an effort and without any fear to enter the match. This is the only way to secure something from this game. If we offer them anything, then sooner or later we will be punished. We believe that we can be saved. We are forced to, because of the shirt and our fans. ”

Juventus enters in the this match after defeating Cesena away. Scorer was Borriello and this was his first goal for Juventus. It also means that he is the eighteenth player who is enrolled in the list of scorers this season for Bianconeri .Juventus with this win,kept the advantage of three points ahead of Milan in front of the last four championship games, or four major finals. Although Novara is on nineteenth place it is a taken seriously by the Bianconeri and Contea. In terms to the composition, Antonio Conte will not be able to count on the suspended Matri and injured Pepe. Others are all available.

Due to Pepe injury is almost certain Juventus will play with a 3-5-2 formation. It is believed that in the attack of the Bianconeri will play Vucinic and returnee after the suspension of one game, Fabio Quagliarella.

Full match highlights and full match video will be available after the match.Visit our Juventus video news section here.