Bayern enters into this match certainly more tired than their host Nurnberg,just four days before they did a difficult visit to France in the Champions League,where they beat Marseille 2-0 (video).

But there is no time to rest, Borussia flees 6 points,Bayern must win and wait for the blunder of Dortmund team which was close today as Dortmund were losing friday game against Stuttgart until 81th minute,and overturn the score to 4-3,but it wasnt enough as Stuttgart equalized in stoppage time for 4-4,which was final score         ( video ) 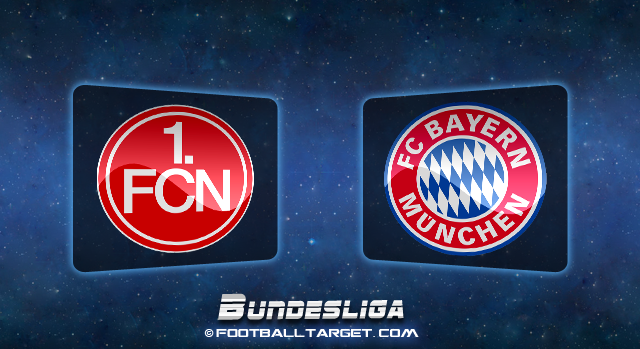 If someone think that Bayern will go through this with ease, think again, in the Bavarian derby Nurnberg always gives his best, always have a special motivation against teams from Munich.

So as a little introduction for  this meeting Bayern fans must face the facts, and they are not promising – the last four visits to Nurnberg,Bayern did not win. The last three guest appearances finished with identical score 1-1, and Bayern’s last victory was almost seven years ago,in September 2005.

Nurnberg has a motive, with just four points above the relegation zone they  can not feel safe. The consequence of this is bad form, in last three rounds in the Bundesliga they lost in matches with  Mainz, Wolfsburg and Stuttgart , and their fans expect from them that they break losing streak and surprise the mighty Bayern Munich.

“Munich are different opponents to Mainz, Wolfsburg or Stuttgart,” he said.

“We are going to have to be disciplined, show passion and the willingness to run and we will also need a bit of luck to do Bayern any harm.”

“The anticipation for this derby is great,” he said at the pre-match press conference.

“A derby is always something special.”

“Nurnberg is going to be difficult enough,” he said. “We are going from one competition to the other – from the Champions League, now to the Bundesliga, and before that the DFB-Pokal – that is not easy.

“We hardly have any time to recharge our batteries.”

Prediction : Even if this is going to be Bavarians derby,and both teams needs all three points,and even Bayern did not manage to scope victory from 2005 on this pitch,this is probably last chance for them to keep pressing Dortmund and to keep their title chances.Bayern have very strong team,and individuals,which is why we give them advantage.Bayern to win

Of course,you can watch this match live from ours live stream section.