The Italian giant finally have completed the signing of their new attacking duo force, and it should be quite deadly. 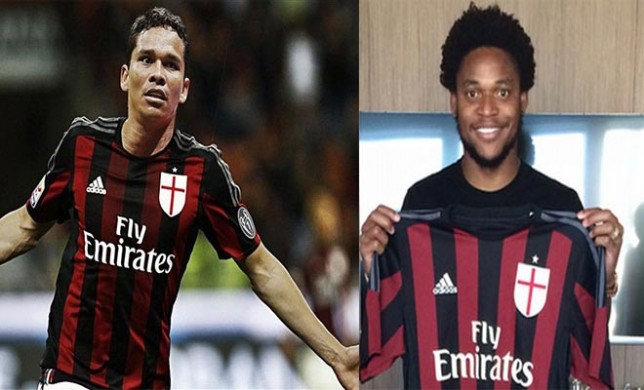 As we wrote before, The Sevilla striker Carlos Bacca has joined the Rossoneri who will pay a €30 million release clause for him. Bacca was a part of Sevilla team which two years in a row have won the Europa league title. Bacca for Sevilla in 108 appearances has scored 49 goals and notched 22 assists.

With Bacca, AC Milan have completed and the signing of Shakhtar Donetsk striker Luiz Adriano, scorer of nine goals in Champions league last season. The 28-year-old’s contract was set to expire at the end of the year and the Italian side have payed €8 million for him. Adriano has signed a contract deal with AC Milan until June 30, 2020.

Luiz Adriano has signed the contract that will tie him to #ACMilan until June 30, 2020! #weareacmilan pic.twitter.com/tFCuESQ5ka

While now a former club of Adriano, Shakhtar Donetsk, wished the striker all the best

“FC Shakhtar thanks Luiz for the years he has spent in the team, for the goals scored and records set,” read a statement on the club’s official website.

“We wish Luiz good luck in his new club and beautiful victories!”