Barcelona and Bayern Munich have reached an agreement over Thiago Alcántara deal who will join the Bavarian giant for €25m. The deal of Thiago Alcantara also included a friendly match between the two clubs.

What we announced a few days ago, now it´s official, as Thiago signed a contract with the Champions league winner. 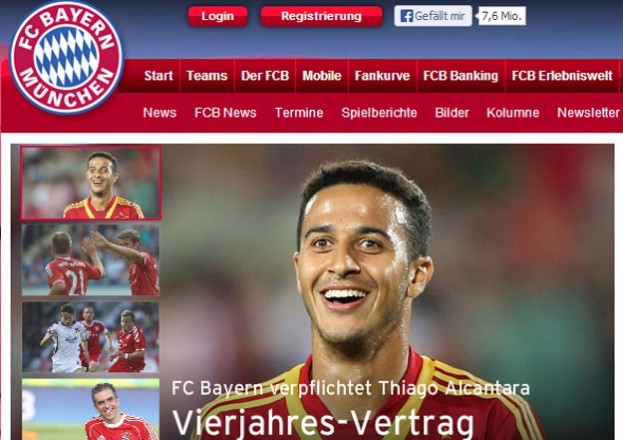 Bayern will immediately pay 20 million euros, while the remaining amount of compensation will subsidize Thiago, who agreed to pay the remaining €5m from his salary.

“Thiago is a great wish of our new coach Pep Guardiola, and I’m glad we have realized this transfer. Thiago was recently elected for the best young player of the European Championship. He is a fantastic and promising player, who definitely will boost Bayern,” said Bayern chairman Karl-Heinz Rummenigge.