Sevilla FC agreed to all the terms of the deal and the Croat Ivan Rakitic has become officially Barcelona player, tonight in Brazil he signed a contract with the Catalan club worth four million euros per season ! 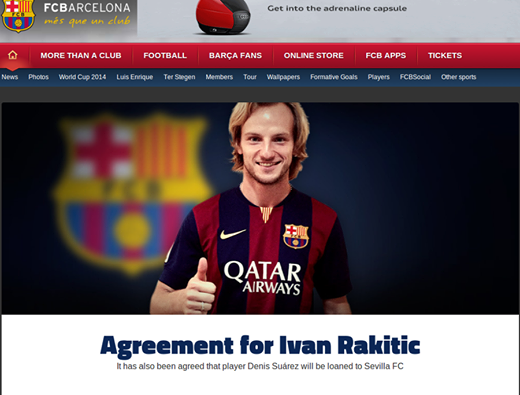 The Croatian international has signed a fax from Brazil. Rakitic will earn around four million euros net per season, while Barcelona will pay compensation of 20 million euros to Sevilla. As part of the deal Barcelona will sent to the Andalusian club a great talent from the B team , Denis Suarez !