Despite rejecting Arsenal and Juventus and claiming that Draxler will stay at Schalke, the club has agreed to let Draxler to Wolfsburg in a fee which is believed to be around €36 million, plus add-ons. 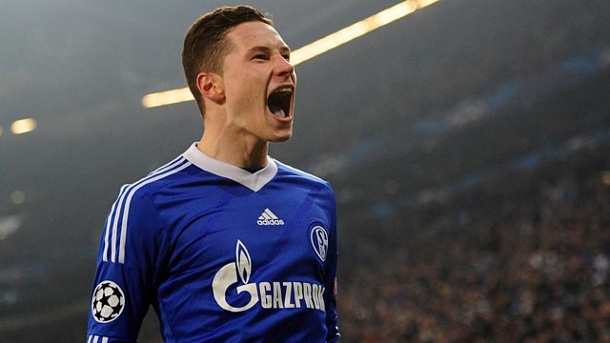 Wolfsburg, who sold earlier (on Sunday) their midfielder Kevin De Bruyne to Manchester City for £55m, announced the deal this Monday and have already completed the signing of Julian Draxler from Schalke. The 21-year-old Draxler has put a pen on a five-year deal with the Wolf’s.

Following the 3-0 win against Schalke on Friday and departures of Ivan Perisic to Inter and Kevin De Bruyne to Man City the club opted to fill the gap in the attacking part of their team.

Horst Heldt, Schalke general manager said on the club’s official website: “There are two reasons for our decision to accept Wolfsburg’s offer: We will not be disclosing information about the transfer fee, but we can say that it is the biggest transfer we’ve received for a player at Schalke.

Moreover, we have complied with Julian’s desire to move to another club.”

Draxler after joining his new club for the club’s official website has said:

“Wolfsburg is a new challenge for me”.

“I want to continue to play top level football. Wolfsburg offers me an excellent perspective and has an extremely strong team.

“I look forward to the playing in the Champions League with the team and will play for the title here over the coming years.”

From the Bundesliga giants, Bayern Munich, Wolfsburg have signed Brazil international Dante, 31, who has signed a three-year deal.

Brazil's @dante_bonfim transfers to the Wolves from FC Bayern. Dante has signed a deal with VfL until 2018. pic.twitter.com/zvEPXjs9Sr