You are here
Home › interesting › Montpellier confirmed : Olivier Giroud is signing with Arsenal 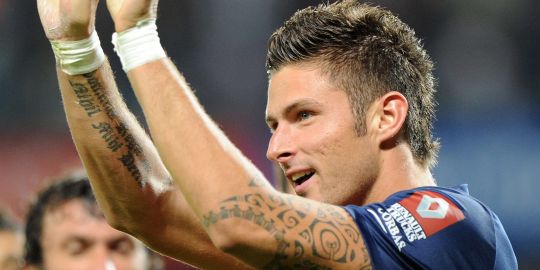 – Arsenal is very interested and Giroud wants to play in England. If Wenger agrees with the president (Louis Nicollin), Arsenal will sign him – said Girard.

Interest in bringing Giroud with Arsenal has showed and Bayern Munich, but the French striker has emphasized that he wants to play in the Premier league.

However, decisions about his career Giroud and Van Persie will make after the European championship in Poland/Ukraine.

# Update : Leaders of the French Football champion Montpellier on Monday confirmed that  Olivier Giroud is moving  into the ranks of London’s Arsenal ..

Although at first as the most serious buyer was mentioned Bayern Munich, the scorer of 21 goals last season in  Le Championnat last season his career will continue in the ranks of Arsenal and French media speculated that “Gunners”  will pay around 15 million compensation to French.