The race for the title took on new shapes, Milan´s draw in Sicily reduced the gap of Juventus to leaders AC Milan to just two points..

With Lazio – Napoli,this match is the strongest of 31st round of Seria A Because of Juventus power and fighting for the title which they dreaming for nine years.The second things is the fans atmosphere which is always hot at the Stadio Renzo Barbera,and of course several Palermo players (Fabrizio Miccoli above all) who at home can still hurt every opponent by ripping them of important points. 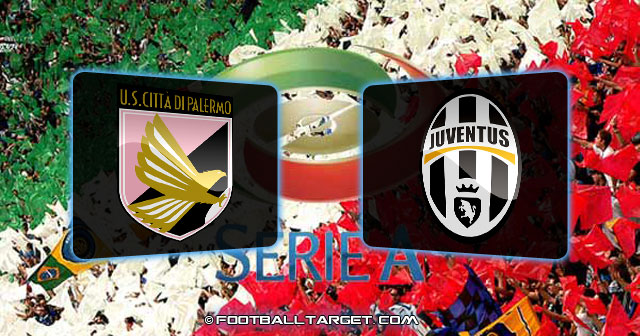 And,Juventus motive is a huge one, three points in Sicily could prove crucial in the fight for the title. “How we played the last time ,thats how we must continue, I want my team to watch with foam in the mouth. If Milan wants to win the title it will have to vomit blood ‘vividly expressed Antonio Conte, coach of “Old lady”, a man who never surrenders.

Juventus manage to cut the gap to AC Milan on to two points last round and this Saturday will be hoping to win and make up further ground against Palermo, who is in trouble with large number of absentees.Last time these two teams met,in the first part of the season,Juventus won with 3-0,But,As for visiting games at Renzo Barbera,Juventus hasn’t win there since February 2009,and a 2-0 victory.This year,on an away matches Juventus have concede only eight goals,in their 15 away games,and still hasnt lost any game in Serie A.

“For the first time I don’t have a good feeling heading into a game against Juventus,” Miccoli said.

“I don’t want us to give a bad image but it will be very difficult considering the number of players that are missing.”

We will not go into the game with a losing mentality,” said Mutti, whose side sit 10th in the standings. “Of course, it doesn’t help when you face a team like Juventus to be without a lot of players but we will try to give our best.”

“To be just two points behind the league leaders with eight games remaining gives my team and our fans strength and courage,” Conte said.

“In the last two weeks we have achieved important wins against Inter Milan and Napoli, two sides that at the start of the campaign were considered to be superior to us.

“I can only thank my players, who have done something extraordinary.”

Juventus will have all of his players available for this match.

Highlights :
0-1
Leonardo Bonucci (Juventus) header from the left side of the six yard box to the bottom right corner. Assisted by Andrea Pirlo with a cross following a corner.