The Ligue 1 reigning winner and the runner-up , PSG and AS Monaco are set to clash this Sunday at the Parc des Princes.

The big derby of the French campaign between PSG and AS Monaco, two teams that finished last season in the first two positions and the two teams who have spent the most to accumulate their squads.
Despite the strength of their squad, the reigning champions PSG are only in fourth place, while AS Monaco will be even more disappointed so far as they currently sit 12th in the Ligue 1 table.

In the Champions League, both teams have so far secured a victory and a draw, and the last four mutual encounters between these teams have ended with a draw, while PSG did fail to beat AS Monaco since 2007. 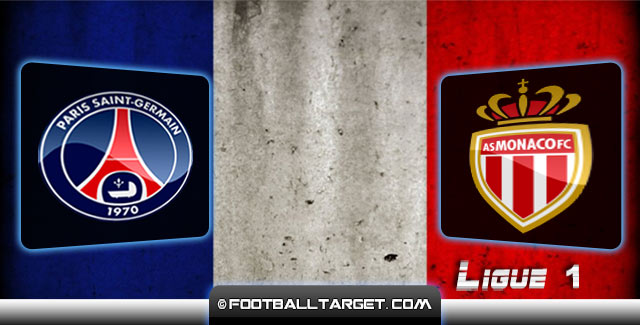 The current Ligue 1 champion’s PSG’s campaign so far has consisted of far too many draws, and they will know that with the squad they have that this is unacceptable. Despite this, they are still the Ligue 1 title favourites.
Despite their nervy start to the season, Blanc’s side is without a single defeat but the 5 draws are will be a concern with only 8 games played so far.

PSG are the only unbeaten team so far, but the fans are expecting much more. PSG can do it, shown in the best way during the Champions league match against Barcelona FC in which the Parisians without three key players, Zlatan Ibrahimovic, Thiago Silva and Lavezzi, beat the Spanish Giants 3-2 and corrected what could have been seen as a failure in Amsterdam when the drew 1-1 with Ajax.

Now, coach Blanc will most likely make a few changes to the team to get the freshness back and it is possible that Cabaye, Aurier and Digne will start the game, while Ibrahimovic will remain sidelined, as well as Thiago Silva.
“We hope the Barcelona result launches our season,” said Blanc. “It can serve as a reference point for us to build from.”

AS Monaco at the start of the new season looked like an average team, which they maybe they are after departures of Falcao and J.Rodriguez, but they are still the second most expensive team in Ligue 1 and that should show much more on the pitch. From the opening eight games of the Ligue 1 season, AS Monaco suffered four defeats.

All four wins they achieved with the same 1-0 scoreline. The positive side for AS Monaco is definitely their Champions league campaign as they have four points from the first two games. A home win against Bayer Leverkusen and the decent 0-0 draw from Russia against Zenit SP.

Monaco boss Jardim against Zenit started with a little more attacking approach as he sent in Kondogbia and two attacking players, Ocampos and Dirar. Most likely with the same tactic Jardim shall try to take some points from Paris.