Parma, who finished 6th last season have been running many financial problems lately and their future is uncertain as the Italian side have been declared bankrupt today. 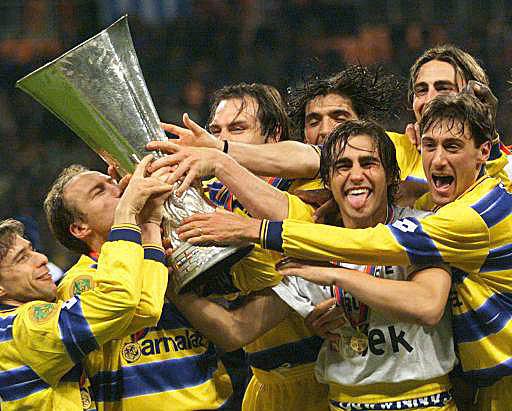 I Gialloblù have been punished twice this season for not being able to pay their staff and players salary as the club are over €100 million in debt. Parma has been docked to -3 points this season and they actually stand last on the league with only 9 points in 25 weeks.

Parma president was arrested earlier on Wednesday for alleged fraud and money laundering, but right now the club is looking for a new President.

Parma was not allowed to play on Europa League this season despite finishing on 6th position last season. The Italian side was not able to pay a tax bill that time so UEFA forbidden their participation in any European Competition.

Roberto Donadoni’s side was forced to cancel two clashes [ vs Udinese and Genoa ] because of their financial problems. Anyway Parma will be forced to play the remaining matches because of Serie ATV rights holder. For the Emilia-Romagna based club, the future after this season is uncertain.

Parma has still 13 matches to play.This week-end they will face Torino at Stadio Ennio Tardini.