Former coach of Barcelona Pep Guardiola could become the new manager of the Brazil national team within the next few hours.

Mano Menezes dismissal has sparked rumours for potential replacements for this job.

As the names of Luis Felipe Scolari, Muricy Ramalho and ‘Tite’ have already been touted, the attention now has moved to Pep Guardiola.

The Brazilian press claims that the former coach of Barcelona is said to be willing to sign “right away” with the aim of crowning Brazil as world champions.

Brazilian newspaper ‘Lance!’ claims that sources close to the Spaniard said that: “The Brazil national side is the only job in the world that he would accept immediately. If Pep takes the Brazil job, he’ll win the world cup.” 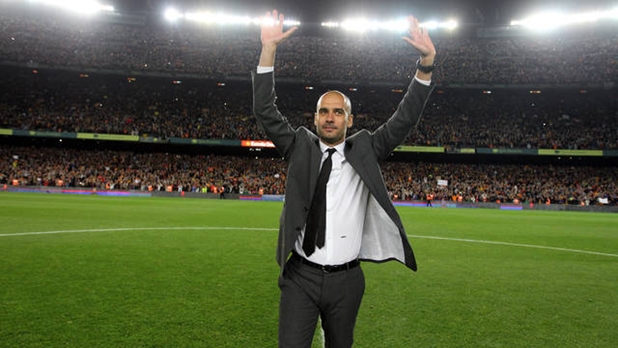 This news the Spanish newspaper Marca published ,and it looks like the decision to appoint Pep Guardiola on Brazil´s hot bench is an extremely popular one looking by survey which has conducted ESPN Brasil.Pep Guardiola received 42% of the votes,while the second placed was Muricy Ramalho followed by Scolari who got 15% of votes.