This is certainly one of the most interesting matches of fourth round of the qualifying for the placement on the World Cup in Brazil, because it is expected that with Ukraine and Montenegro exactly these two selections will lead the biggest fight for the top two places in Group H. 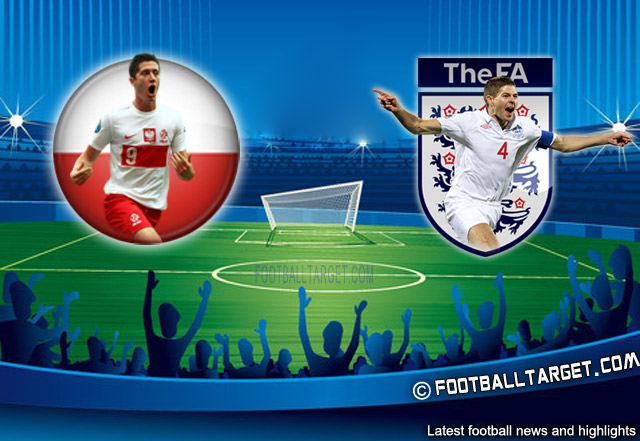 However, the English are perhaps the favorites, given the tradition and their quality but in any case we must not forget the persistence and strength of the other teams, so in this group H probably neither of teams will be certain until the very end.

Anyway, when we talk about these two selections that will meet on Tuesday night in Warsaw, we must point out that the Poles since 1973. have not beaten the English in their mutual duels, while the English in the same period have managed to celebrated in 14 matches.

Of course, that this fact is somewhat discouraging for the home team, but it is also enough motivational for them, so it is expected that the Poles will do their best to stay at least undefeated, but also they will certainly try to reach the long desired victory over the English at Tuesday night .

Otherwise, after the quite modest performance at the last European competition where they were and one of the host, rather than experienced Smude at position of national coach the Poles have brought the young and ambitious Fornalik, but they havent changed squad so much, so it is fair to say that they are now in better shape, and therefore more dangerous.

This was best shown in the first qualifying round, when they on an away match in Montenegro came to a very important point,and after it, in the second round they achieved at home routinely 2:0 victory against one of the outsiders in the group,Moldova.

Given that four days before they had a pause in the third round,the Poles used it to play a friendly match with South Africa, which they won 1:0,so that with two victories in a row they certainly have boosted their morale before the match with the favored England.

It is also very important to say that some of their best players got extra time to rest, so now they will be maximum “sparked up” and ready to enter into this match with the first favourite of the group, but again this does not mean that they will be playing too much offensively .

As for the English, they have so far played three qualifying matches and have won seven points with a goal difference of 11:1, which is at first glance a terrific performance, but we must know that these two victories the English have achieved against outsiders Moldova and San Marino while in the only serious game ,against Ukraine they played at home only 1:1.

And this point they “ripped” literally in the last minute, so we definitely have to be very careful with the prediction for their match against traditionally strong and unpleasant team of Poland.

Selector Hodgson said that he has a boundless confidence in his players,and especially after the last meeting with San Marino he has praised the engagement of returner Rooney, who otherwise got a new role,attacking midfielder/striker.

Beside him, four days ago Welbeck scored two goals, but this time it is likely that a little more experienced Defoe will start the match, while in midfield Milner probably will get an advantage over Lennon, primarily because he plays much better defensively.

Also it is expected a return of experienced Gerrard in the first team,while only in the last line there should be no changes, considering that this is their strongest part of the team anyway.

Let us add that on Friday Walcott and Lampard  got injured, so they wont be available for this match as well as previously written off Terry, Parker, Wilshere, Johnson, Jones and Smalling.

Match Prediction : No matter that the English in previous three matches had scored 11 goals,they were against opponents mainly from the lowest category,except of Ukraine.Against Poland ,they probably will play somewhat defensively and wont lose,but we will take here the option under 3 goals.