The long waiting has ended and the European Football Championship in Poland and Ukraine finally begins. As is the custom for years, opening game of the championships play host, in this case one of the hosts, so this honor was given to the Poles and the country’s capital Warsaw, while Kiev and Ukraine will host the finalists. 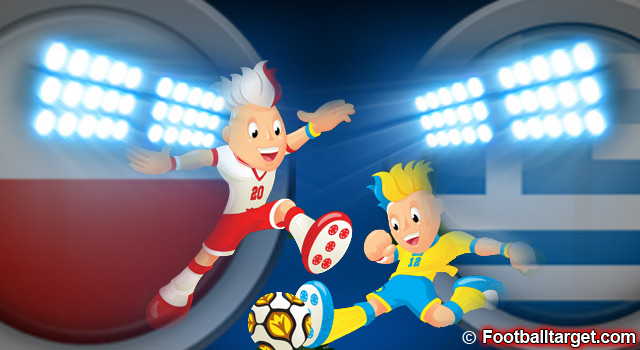 It can not be said that we have exactly one super attractive match to start, but that does not mean it will not be an interesting and uncertain. Poland has large ambitions, and this game is marked as the most important in the group stage fr them, while Greece has its own calculations and theirs main goal is not to lose.

Until now, this selection met exactly ten times and the Poles were much more successful with seven wins, while Greece celebrated only once. In the last three mutually matches Poland has won twice, and the Greeks failed to score a single goal. Friendly matches before the European Championships, also played Poland.

When you are the host of a big competition, then the logical and the pressure rises, and the objective quality even falls in the background. For Poles it is definitely the case, although one can not exactly say that this selection does not have a certain quality.

They also have the good fortune that they get a relatively easy group and the appetites have increased to such an extent that nothing less than a quarter-finales they do not even mention. How a group of easy, perhaps will best show the first game, because it could be crucial with regard that the Russians are the biggest favourite for the first place while Poland is set for the second place in the group.

That mean that we could watch an aggressive and the highly offensive Poland who in three friendly matches ahed of Euro 2012,recorded as many wins with the clean sheets.Poland actually did not concede a goal in the last five matches that they played.

They were not too effective also, so perhaps because of that for the end they left the match against Andorra, where they won 4-0. However, two goals they scored from the penalty, but anyway this match is not a criterion for the strong Greece.

More valuable are minimal victories over Slovakia and Latvia, and draw without goals against Portugal. In terms of composition, coach Smuda had no major problems, becaus he removed Peszka from the team, and due to injury fell of only goalkeeper Fabianski, who was a backup anyway.

In this match will play its classic formation with a single attacker who is in great shape, Lewandowski, and his greatest support will be from fellow club Borussia Piszczek and Blaszczykowski. On this trio all eyes are fixed and on them will probably depend it all.

For Greece should immediately be said that they are one of only three selections in this championship that did not have any problems with injuries, specifically did not have a player who has fallen for this reason, while some minor problems they still have.

Many call them as a “read book”, but this is not a guarantee of success against this very strong selection.

It’s no secret that the Greeks will play defensively and that their football is not beautiful to the eye, so it will be interesting too see how theirs opponets will answer to it.In the qualifications they were the first, and this can not be achieved without a victories.

So, tactically they are very responsible, but they know how to win. We should not expect from them to achive a convincing victories, however, if they took a lead, to theirs opponent it would be difficult to comeback.

It’s no secret that even in this match they will play on the point. It turned out that they are the real masters of the games which they play “away”,and the examples of it,are lots of.

If they score first, a very safe bet is,that they will not lose, but the problem is the other way around. Portuguese coach on the helm of Greeks,Fernando Santos has a clear vision of his team game and will not give it up from it.

The right side-back Torosidis had problems, but he will certainly be ready, as well as midfielder Ninis, although he is not sure for the starting composition due to defensive tactics.

The surprise could be Sifakis on the goal, because he defended in the last preparation match against Armenia. The rest of the team is very certain in the 4-3-2-1 formation.

Prediction : One of the hosts of the championship is definitely at least a slight favorite in this match, although it often happened that the host opens the competition badly.Poland will play in a trance, because they are aware that this is very important, perhaps a crucial match for them,while the Greeks will try to deaden the game with a defensive approach.So under 3 goals or Poland to win.

Watch match between Poland and Greece from ours live stream section.