This could be one of the most interesting matches of the European Championship group stage. Ahead of the third round, Portugal is in a better position, having three points, unlike the Dutch who have none. 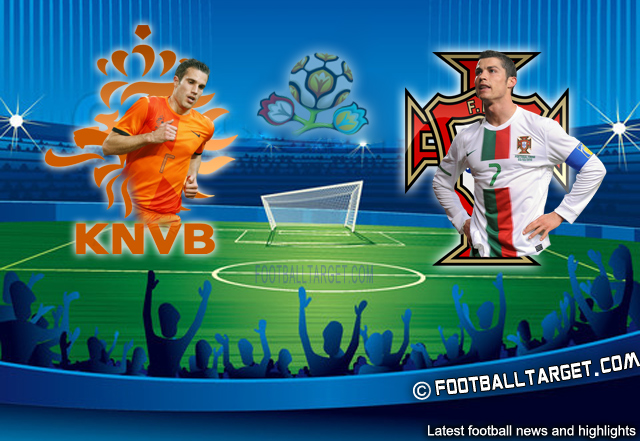 However, there is also Denmark, and even Germany in some of the options which are indeed very much, when it comes to Portugal, so this selection may be the quarterfinals even with defeat, while the victory would assured them quarterfinals . For the Dutch the calculation is much more difficult, but also clearer. They need to win ,with at least two differences goals, and then hope that Germany will defeat Denmark.

Although the Netherlands is currently quoted better in their mutual matches,Portugal is much more successful. The last Dutch victory occurred back in 1991. At the 2006 World Cup Portugal with a 1-0 beat the Dutch, and at the European Championships in 2004 with a 2:1

Already the first game against Germany has shown that there is something in this selection of Portugal and that poorly friendly matches before the Euro, are not the right measure.

Against Germany,they were defeated only because they had too much respect for the opponent and the calculation was to win a point, what would along with victory over Denmark might be enough. That approach did not paid back good for them, and in the game was evident that they even could win with a little bolder approach.

All that,Portuguese have demonstrated in the second match against Denmark, they were aggressive, offensive and took the lead with 2-0. The only objection in this match is they thought that everything was resolved, and were punished with two goals for that relaxation. In the finish they show quality gain, suppressed the opponent, had complete initiative and came to a winning goal. ( Full match )

The biggest problem for Portugal is that,their top player Cristano Ronaldo is not on the level.Player which should make the difference for them,was just properly embarrass him self,especially in the last match with Denmark.But having such a player in the team is always an advantage,so we should expect from Cristiano to show why is called one of the best world players.

It is no revelation to say that the Netherlands is by far the biggest disappointment of the European Championships, and then the main question is why is this so, and what happens with the selection which easily walked trough the qualifications and is still the current vice-champion of the world.

Perhaps their game, is “read” as that creates the proble!? Most likely, is that the atmosphere within the team is not good, and main person to blame is coach Bert van Marwijk. Firstly, he point Mark van Bommel as the leader on the pitch,but he is obviously out of form,deserves the bench but he is still playing.

The second thing is the formtation which leaves great striker Huntelaar on the bench. Robben exit from the game against Germany, shows that he quite lost his nerve, and in a similar mood is and van der Vaart, who believes that he should play in the first lineup.

Maybe is nothing, and it just happened to them,that against Denmark they were not lucky,as they have plenty chances, and Germany is still a great selection and defeat from them it’s not some big surprise.

After the defeat from Denmark, van Marwijk made only one change, so Mathijsen played at central defender instead of Vlaar and it did not bring anything new to the game.

At halftime of the match with Germany, when he already had two goals behind, van Marwijk made what many expect. In the game was sent van der Vaart and Huntelaar, and to the bench he finally sent out Mark van Bommel and Afellay.( Full match)

Progress in the game was visible, so they finally scored and the goal in this championship. It is also the guideline of how they should play against Portugal.

Van Marwijk as far as stubborn he can be, have no more choice and on the field,he will send a very offensive lineup with van der Vaart and Huntelaar from the first minute. After all,Dutch must look for a convincing victory and the risk is inevitable.

Prediction : Given that a lot of options are “playing ” for Portugal and only a convincing victory fits for Dutch, it is expected to see open game of two very good teams that have great offensive players in their ranks.If Denmark took the lead against Germany,Portugal will have to win.So over 2,5 goals.