This Wednesday’s is scheduled semifinal of the European Championship in Poland and Ukraine, and the first two teams which will fight for a place in the finals are also big rivals who together share the Iberian Peninsula, Portugal and Spain. 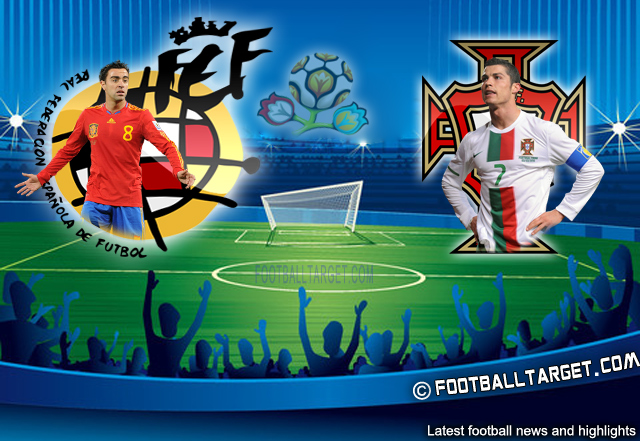 Otherwise, these two selections have met in the last the round of eight of World Cup in South Africa, when Spain celebrated with a 1:0 and later went up to the end. Only five months later Portuguese in a friendly match in Lisbon celebrated with as much as 4:0.

But this victory despite four goals scored was only one small satisfaction for the elimination from the World Cup, but triumph in the forthcoming match at Euro 2012 with Spaniards certainly will heal those wounds.

Of course this is currently the greatest desire of “European Brazilians” because the vast majority of them has played in South Africa, but current coach Paulo Bento is not, what is perhaps a positive thing for the Portuguese, because now they can try with some new tactical variations and possibly even surprise favored neighbors.

The selection of Portugal at this Euro 2012 looks quite good, although in the first round group stage were defeat by Germany, but even then they provide a promising game, and so in the next two rounds with minimum victories they celebrated over Denmark and the Netherlands.

In the last match finally their main player Cristiano Ronaldo,has showed why is his curently one of two World best players (Messi is the other one).Ronaldo at the playing at the top level,gave even more strenght to them ,so in the quarterfinals against the Czech Republic they were completely dominant, especially in the second half when they actually come to the victorious goal.

Again, the striker was Ronaldo, at the great assist of Moutinho, who along with Veloso and Meireles made up the midfield, certainly one of the strongest part of this selection.

Also, their defense, led by the great Pepe looks good, so coach Bento does not have any need to change anything in these first two lines, while only fleet-footed Nani remained obligated, but he is virtually irreplaceable in this system which plays Portugal so certainly against Spain he will again get a chance from the first minute.

Portugese first striker in the encounter with the Czech Republic got injured ,so Almeida will replace him.

Unlike Portugal, Spaniards have not recorded a single defeat at this European competition, but we must also point out that in the group stage they were a bit reserved, and in meetings with Italy (1:1) and Croatia (1:0) they display some modest games, while only against the Irish they look really powerfull, and celebrated with as much as 4:0.

However, despite the great game,and two goals of Torres in this match, coach Del Bosque in the quarterfinals against France again sent a team on the field without classical attacker, so the attacking line made Silva,Iniesta and Fabregas.

Although there are many who disputed his formation, the fact is that the current European and world champions once again showed their dominance in midfield, and this time the player of the match was a midfielder player Xabi Alonso, who first in the 19 minute brought a lead to Spaniards, and then in injury time from penalty set the final score 2-0.

Of course after the placement in the semifinals, now, no one can dispute that a bit cowardly tactics of Del Bosque, but nevertheless we believe that this selection of Spain can and must act even more offensive and dangerous, especially if they want for the third consecutive time at a big competitions to win the title.

However, it is difficult to expect some radical changes in the game and formation of Spain against tough Portugal,especially as they have no problems with injuries and cards, so on Wednesday night in Donetsk is likely that the same 11 players as against France will start up from the first minute.

Prediction : Although the Portuguese showed that from match to match they “grow” more and more, we still believe that they are not yet mature enough to defeat a powerful selection of Spain, so their adventures on the Euro 2012 should end up exactly in the semifinals.

Spain at this championship does not play too offensive so they could celebrated with a close win.Under 3 goals.