Serie A champions AC Milan is looking to bounce back against AS Roma after failing to progress past Juventus this Tuesday in their semi final clash which ended with draw 2-2 in extra time,but Juventus progress to the final 4-3 on aggregate.

Despite four points more than Juventus,there are still on the top of the Serie A table,and Milan coach Allegri is hoping to stay that way.Despite lots of players are sidelined and Champions league match next week against Barcelona,they will not be distracted. 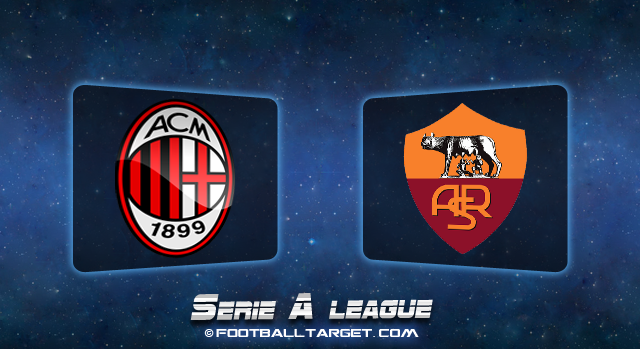 Milan player have won just two of their last five matches in Serie A at home,and lose just once this season and they have won from their last si matches five of them,with three straight victories,and that without conceding a goal.

After thy end run of consecutive defeats,Roma come into this match with two successive victories.Their away form is terrible, they lost four of their last five games and is one of the worst in the division.However last time at San Siro when this two team met with goal of Marco Borriello Roma has won with 1-0,but Roma coach Luis Enrique knows that this is a new game and that they need to have a perfect game to have a chance to beat Serie A Champions,AC Milan.

“We will need to play an almost perfect game if we are to have a chance to beat them,” Luis Enrique said. “Milan can win against any side and they have shown great consistency so far.”

“I really don’t think we will have an advantage tomorrow at the San Siro,” he said. “Milan is a top team and they will not be distracted.

“We are in the most crucial stage of the season and Milan are aware that every game is important.”

Prediction – With 10 games remaining Milan are four points clear of Juventus at the top of the table,and despite lots of first team player sidelined,their first goalscorer Ibrahimovic is in excellent form,and with support of their fans at San Siro,Milan is capable of beating Roma.Milan to win .