Arsen Wenger players host today McLeish´s Aston Villa in the match where win and three points are must do thing.Gunners recent run bring them to third place of Premier league which leading to Champions league qualifications.There are only point above Tottenham Spurs who are traveling to Stamford Bridge. 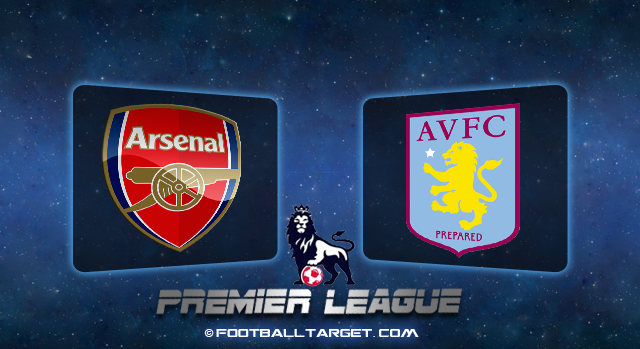 Although Arsenal last defeat at the Emirates was in January against Man Utd 2-1,and although Aston Villa in last seven matches against Arsenal manage to won only once,today is new match,and it wont be so easy for Gunners as the Villains are unbeaten in past three games.Last match of these two teams was in FA Cup when Arsenal was down to two goal,but manage to get 3-2 victory.

Arsenal manager Arsen Wenger believes that there are still lots of fight for Champions league spots,and that Chelsea,Tottenham and Newcastle are still in,and if nothing else third place is something better than forth and they do everything to capture it.

“Third is better than fourth, but if you have no choice, you take fourth and the opportunity. Let’s see how it goes now,” he said.

“I believe Newcastle are still in the fight, as are Tottenham and Chelsea. Liverpool are maybe too far off, but you never know.”

Aston Villa manager,McLeish believes it is vital Villa look to find the net from all areas of the team as they look to repeat last season’s Barclays Premier League win at the Emirates Stadium.

“You can’t keep singling out one guy in Gabby to get you the goals. We need other guys to score as well.

“We need to score from set pieces, we’ve not done that very well this season.

“We are looking for Gabby to get amongst the goals – but he is also a provider and his assists this season been excellent as well.”

Prediction : End of season is closing,and battle for Premier league top places is still on.Gunners if they want to save this season must qualified for next year Champions league.Currently there are on the third spot,and if they want to stay there ,today they must win.Home pitch,and quality is on their side like first goalscorer of Premier league Robin van Persie.Arsenal to win.