Certainly one of the most interesting match of this round, although to any of the team points are not an indispensable. The host has secured the European League ,with  placement in the Spain Cup final  and can play completely liberated, while the leader Real Madrid is with seven points ahead, which means that they can afford and a blunder. 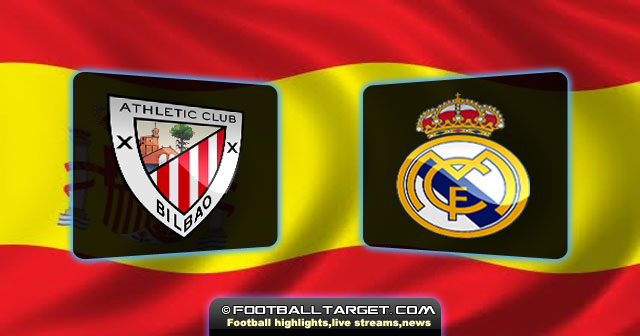 It could happen, and that this club were the finalist of the European duel (Super Cup), but Real have failed, and that has not materialized, although it remains a statement that both teams play beautiful football. The first season Real Madrid celebrated with 4:1, although  Athletic took the lead, while the last battle in Bilbao went to “Royal Club”.

To Athletic has happened what already this season they experienced. After a big European match came to an emotional discharge resulting in poor performance in the Primera. So it was after the win over Manchester United, so it is now although it certainly does not hurt much, considering that they can no longer reach the Champions League, and European League they already secure through the Cup final. On Sunday, hosted by “drowning”  Zaragoza, they play poor and in the end lost with 2-0.

However, it should be noted that the coach Bielsa maximize the opportunity to rest their best players, so the composition was so “flashy” that it was  at first hard to say that it is an Athletic Bilbao team. Such a composition of course could not compete, although Bielsa in the second half put in the game  some of the usual standard players.The bad news is that  rare standard players that played like Iturraspea and Ander earned yellow cards, which means a matchbreak. This means they will not be complete against Real Madrid, but surely that Bielsa on this game will not calculate, with the composition.

The elimination from the Champions League and on such dramatic way,have not leave much trace on the Real Madrid players. They get over knocking from the Champions league, but nothing else remain for them, because in Spain La liga they are just one small step away from winning the title, so this certainly was their motivation in Sunday’s match against Sevilla.

True, they started a little more relaxed, so Sevilla threatened them a little, but when Ronaldo scored for 1:0, everything returned to normal and eventually they celebrated with a 3:0 (Highlights).

Neither Mourinho did not want to this game for granted, so on thepitch he sent the strongest team. It may be expected to refresh the team after a difficult and long match with Bayern, but only the Khedira finished on the bench, and Granero on the ground, in relation to the composition from the Champions League match with Bayern.

During the match Mourinho made ​​some changes, but when he was already sure that he will win three new points. Even for the Bilbao ,Real Madrid footballers will not relax, although now they are in a position where they can lose two of three remaining matches. A lot nicer is to win the right in this game and celebrate the title at the stadium where they are not exactly a favorite, which of course would be “sweet satisfaction”.

After all, they have announced the fight for the “quota of 100”, which is the number of points which they will win if they win all remained games. Mourinho now,will  have to change composition, because Di Maria has records, so he has no right to participate. It is possible that  Jose Callejon will replace him, or Kaka. The rest of the team probably will be the same, unless Khedira is back among the starters.

Prediction : What to expect from the teams that play very beautiful and attractive football,  but to watch a beauty football with lot´s of great moves and goals of course. Athletic wants another big “scalp” and certainly prevent the celebration of  Real’s title at  “San Mames,” while Real Madrid want just that.So,over 2,5 goals.