The grand finale of the European league brings match between two Spanish clubs, which will be played in the capital of Romania, Bucharest. In this case it definitely can be said that both teams deserved the finals and that throughout the competition showed up the most. For Atletico this is the second finals in two years, because they were winners in 2010, while Athletic waits for final long 35 years. 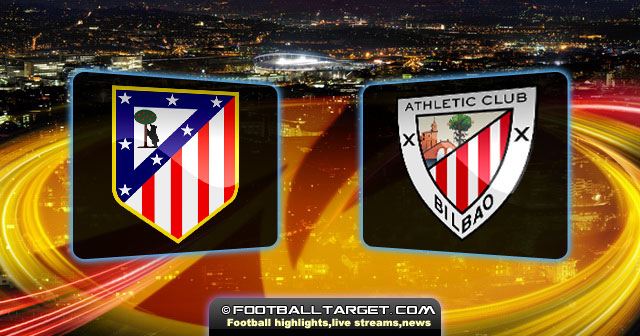 In two league matches that were played this season, both teams took advantage of home court ,where Athletic with 3-0 was more convincing,while Atletico won with 2-1. We will say in the announcement for this match that referee is the German Wolfgang Stark.
Atletico Madrid played a great season in Europe, although to reach the European league had to play more than two qualifying rounds.

Until this final match they played 18 matches and only one time were defeat,and that was in the group stage by Udinese, and only once they drew, once again at the group stage on away game at Rennes. Thus, they realized a 14 victories and all eight in the knockout phase, which is really quite a feat.

Their opponents were not small at all, because in the row fell Lazio, Besiktas, Hanover and Valencia, so it is true statement Atletico Madrid is totally deserved in the finals. Prices paid in the domestic championship, where the goal was a placement in the Champions League, but from that there would be nothing, unless in the last round some result from other matches dont be a lucky one for them.

The problem is that even the European league “hangs” for them, so this is just an additional motive in the finals. In the last seven matches in both competitions they are unbeaten with only two draws, which cost them, the placement in the Champions League for next season.

On Saturday, Atletico with great comeback beat Malaga at home with a 2-1, and Coach Simeone played almost in the strongest compostion, approximately in the one which should be expected in Bucharest.

Due to a red card and suspension Gabi wasnt playing so Tiago replaced him, who due the same reason cant play in this final of Europe league, so their roles will be just switched. Another change from the match on Saturday could be Arda Turan in the composition, except Salvio.

Athletic Bilbao was not so good in the European league when it comes to results, although they have played three games less in the qualifiers.They record three defeats and a draw as much, but it must be said that the Athletic had a harder and more attractive opponents in the knockout stage.

After they eliminated the Russian Lokomotiv, twice in great style beated Manchester United and then actually they draw attention to themselves. Their offensive and combinatorial game, which was compared with the game of Real Madrid and Barcelona,delighted all, and when they subsequently eliminated without any problems and Schalke, it became clear they can reach the finals.

The last obstacle was Sporting which they also “broke” with a very offensive game, and here they are in the final. And it’s not only the finale of the “Basque Pride” which expect them this month, because King’s Cup finals with Barcelona awaits them as well.

This is exactly what has allowed them to finish the season in La Liga play without imperative, because they have already secured placement in a European league next season,while the Champions League left too far for them. So in the last three rounds they are without a win in Primera and and without a goal scored, which is completely untypical for this team. Clearly, coach Bielsa has largely rested their best players, but in Bucharest they will be absolutely in the strongest composition.