This Tuesday Benfica welcomes Chelsea for the first time,and they hope to extend their 10 matches unbeaten home streak in European competitions.Winning the first place in group with Basel and Man Utd ,and knocking Zenit in second leg with 2:0 ( highlights )Benfica impressed football world.
Until now Benfica did not lose home match against English teams,and this season in Champion group she didn’t lose neither home or away match with Man Utd. 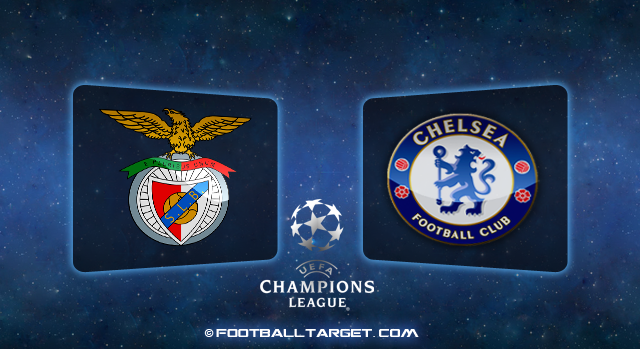 This season Chelsea is struggling,especially on away matches,where they didn’t manage to win not once in Champions league as they lost games against Napoli and Bayer Leverkusen and drew with Genk and Valencia.

As for of national league,Benfica is doing really well on domestic stage, they have qualified for the League Cup final by beating the Porto in the semi-final,and they currently siting one point behind leaders Porto in Primeira Liga.

While Chelsea failed to shake Tottenham who currently occupies fourth place which leads to Champions league qualifications with 0-0 draw at Stamford Bridge ( Highlights ,Recap )past saturday.Besides that,they lost a game against Man City despite they were leading until 75th minute.

Striker Yannick Djalo and defender Ezequiel Garay missing due to injury,while Pablo Aimar is in doubt.

Interesting this about this match that Chelsea´s David Luiz and Ramires both played in Benfica,and they are returning to former club this tuesday.

Prediction:Benfica is playing really good football this year,and their home unbeaten run tell us just how strong there are this year.to reflect,Chelsea away form is very poor even with Di Matteo.Befica to win,or double not to lose.