After midweek impressive win 2-0 In FA Cup over Birmingham City,Chelsea are turning to Premier league and match against Stoke City.They try to put some pressure on Arsenal and fourth place by wining all three points.

In last 12 Premier league matches under Villa-Boas Chelsea managed to win only three of them,which of course resulted to sacking Villa-Boas and placing Di Matteo as the manager.These two teams first met ended with a 0-0 draw at the Britannia Stadium,but since Potters were promoted to Premier league,Chelsea has won all three encounters played at Stamford Bridge. 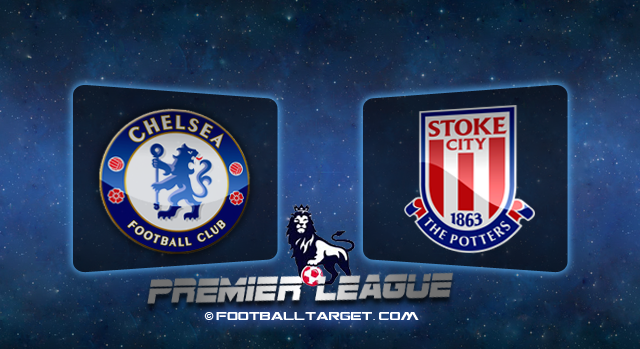 Currently Chelsea are three points behind Gunners,on the fifth place with 46 points,so the race for last place that lead to Champions league its still open,and Di Matteo expecting nothing less than all three points.

“At any club, there’s pressure to achieve certain targets. It’s always there,” he said.

“If you can’t handle it, don’t want it, you shouldn’t be in this job.”

“We are in a results driven business. It’s very simple. At any club where you work, you’ll have targets and the pressure is there.”

Also,Di Matteo is confident with a winning mood among the squad.

“I feel I have everyone on-side. I have spoken individually to all of them now over the five days. It’s a team effort and we needed to get everybody pulling in the right direction.

“We’ve spoken now and everyone is together. They all know what the task is for the last two months of the season. They’re all on board.
John Terry is set for his first action since the match against Swansea on January 31 after undergoing surgery on his injured knee

Di Matteo said. “He’s trained and so is available for tomorrow. It’s great for the team if JT is available because he is our leader and is a very important player and going forward with these games coming up.

Prediction : Despite recent good results of Stoke City and their good defence,Chelsea is desperate to win today and put some pressure on fourth place which currently occupied Arsenal.Chelsea to win.