Jose Mourinho’s troops look to keep their 100 % Champions League run intact in cold Russia.In last 30 matches from all competitions,Real Madrid have won 27 of them and scored in every match.

Cska Moscow didnt played a competitive match since December 7,due to their three- month winter break.Last match they played in Uefa Champions league was at San Siro in the group stages when they beat Inter with 2-1.In last five matches with Spanish oppostion they are unbeaten with W3 D2,but until now they have never faced Real Madrid. 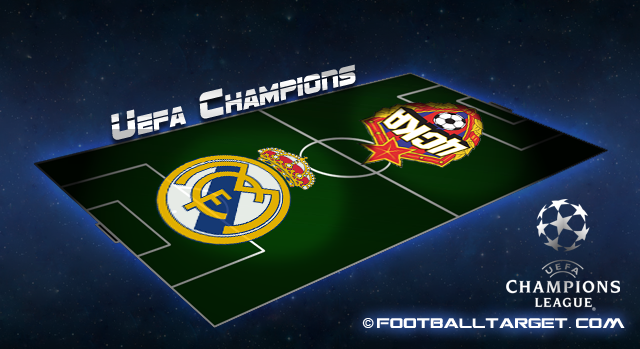 Mourinho belives conditions at the Luzhniki Stadium could cause his side problems maintain their recent run.

For offical website he told : “We’ll have to be stronger than the adverse conditions we’ll face.

“The grass and the temperature will be tough to deal with. These are new conditions for us, but mentality and ambition are stronger than all those factors.”

“CSKA’s squad have been together for a long time and that makes them very dangerous,” said the manager, a Champions League winner with Porto and Inter Milan.
“They should be respected. We will not kid around against them and we will give our all in the match.

“CSKA have a similar team to the one I faced with Inter Milan. They’ve lost Vagner [Love], but they have [Seydou] Doumbia and [Ahmed] Musa. They are a strong side financially and a strong opponent.”

“This match is too important to make changes to the team or reserve players,” he said. “We have a solid squad and changes are made according to the characteristics of a game rather than quality.

“I’ve chosen the men I think will do better tomorrow against a team that has good tactics and is used to playing in the cold.”

“On the other hand there is the example of Zenit, who met with an ‘in season’ team and appeared more functional. So that tells us that you can prepare for such matches with no official games.

“Hopefully, we can also compensate for the lack of match practice with our level of readiness.”

“I’m confident that all of my players will come into the match with top concentration,” Slutsky said.

“We need to start at full confidence. We all understand that a good start may determine the entire match.”