After last week defeat against Novara 1-0 and four games without a win Ranieri´s troops are in desperate need of a victory .In last six matches with Bologna,Inter won in 5 of them,but Bologna this season hasn´t lost since 2-0 defeat to Roma last year in December.

Ranieri is aware of bas situation and will try everything to bring smiles back for there supporters. 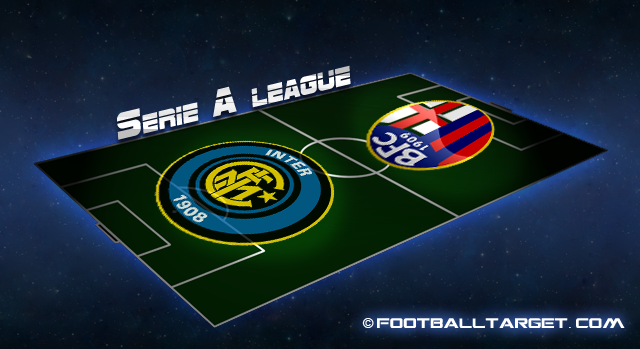 “We’re coming off a run that isn’t brilliant. We’ve taken some real blows and that hurts so we have to get back on track as soon as we can,” said Ranieri.

“Bologna haven’t lost away from home since the beginning of the year but we need points, to play as we can and even if we have some defects, we need to play with attention and try not to concede.”

Inter coach Claudio Ranieri with only one point in their last four matches start to feel some pressure:

“It’s only natural the fans are not happy at the moment,” Ranieri said. “But we won’t give up.
“We just need to make the right adjustments and I’m confident we will get back on track.”

On the other hand,Bologna have drewed their last three away matches,and their coach Pioli know that this is new game,and its not so pleasure for them that Inter is on urge to win.

“It will a difficult game,” Pioli said.
“The fact that Inter lost their last game is the worst possible result for us heading into this game.
“Inter will be determined to prove that last weekend’s result was just an accident.
“We can expect an Inter backlash.
“They will be determined to bounce back and silence their critics.
“They are a strong side, that must be respected and feared.
“We cannot forget that this Inter team had won seven games in a row earlier this season.”

Prediction:To get back on the track Inter must win,and home advantage tonight its just a best way to start.Inter win