After saturday defeat against Osasuna and losing battle with Real Madrid in Primera,who jump to 10 points advantage,Barcelona will throw all strength and focus to Champions league this tuesday when they travel to Leverkusen.In last seven trip to Germany Barca avoided defeats against German teams,but Leverkusen was the last german team that manage to beat reigning European champions.That was in 2001/02.Barcelona have some key personnel returning to action and should have too much for their hosts on what looks set to be another freezing night of football in Germany. 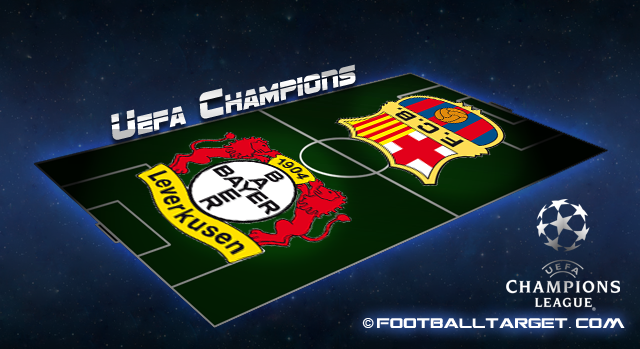 Barcelona coach Guardiola is aware that it wont be easy task for them ,but still they try to do everything to raise trophy again.

“Since the Milan of Arrigo Sacchi did so in a different format, nobody has been able to win two titles in a row,” said Guardiola. “The Champions League is the most difficult competition and it always motivates us. We will need to be at our best to reach the final, game by game.”

“They have four or five players 6″3 or taller,” he said. “They are very dangerous from dead balls. German sides always compete very well and keep going until the last minute. We will look to score, as a goal will be vital to make it through to the quarter-finals.”

Sergio Busquets, who has been missing from action with a bruised knee since 4 February, is included in the squad travelling to Germany, and may feature at the BayArena.

Andres Iniesta, Xavi Hernandez and Cesc Fabregas could all start for the Catalan outfit after the trio were left on the bench for Saturday’s defeat at Osasuna.

Prediction : Leverkusen is strong team,but Barcelona is Barcelona,they play the best when they needed it the most.With several players coming back,Barca is favourite in this match.Barcelona to win.