After taking only two points in the first four games, The Chilean boss on the bench of Manchester City, Manuel Pellegrini is under a lot of pressure. In the be or not to be match for the Citizens, his players have to win a game against the Bundesliga champions, Bayern Munich as anything else would knock them out from the Champions league.

A good thing for the Premier league champion is the fact that the Germans after winning the first four games have already secured the next stage and their boss Pep Guardiola, most likely will mix the first team. This should increase slightly their chances. In the first game in Munich, Bayern celebrated minimum 1-0 win. 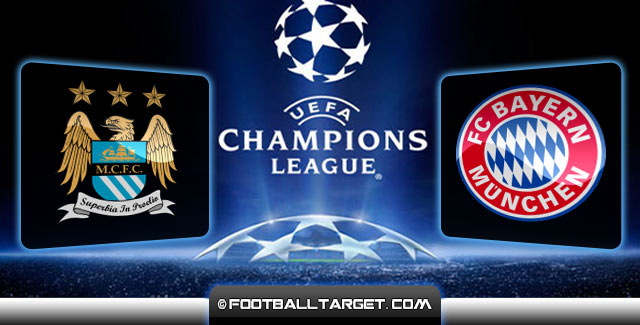 After appointing Manuel Pellegrini as their new boss last season, Man City board and fans thought that they have the one for the “job”. That job is making a much bigger impact in the Champions league than in their last attempt. After the first round match in Germany and defeat to Bayern 1-0 no one was worried a lot, but the next three rounds in which the Citizens have failed to win any game put a big question mark on their future in the Champions League this season.

What shocked the most, is the last home match against the Russian side CSKA Moscow when the Citizens with defeat dropped what should be easy points for them. The worst thing is that Man City could even finish the group stage on the last place which means that even the Europa league is out of their reach and their Europe campaign is over much sooner that anyone could expect it.

That one bad thing doesn’t come alone, proves the fact that already in the first part of the Premier league new season Pellegrini’s men are trailing 8 points behind the league toppers, Chelsea FC. This Sunday against Swansea, Citizens had a lot of problems securing the win after going behind. Stevan Jovetic and Toure scored in that comeback to seal a win.

Further Yaya Toure and Fernandinho after picking the red cards are suspended for this match while Silva, Dzeko and Kolarov are doubtful.

On the other side is the German team Bayern Munich led by the Spaniard Pep Guardiola, who is doing a fine job. Bayern is looking invincible so far, they are on the first place of domestic league, they already secured the next stage of the Champions league and in the first four matches they conceded only one goal. Their strength, perhaps the best shows a high 5-1 win at Olimpico in Rome. On average the Bavarians score 3 goals per match. The last two Bundesliga games Bayern have won with the same 4-0 result. Guardiola for that two games couldn’t count on two important players, Lahm and Alaba, while Schweinsteiger returned from a long-term knee problem and he could play at the Etihad Stadium. Considering that his team already have secured the next stage, Guardiola for sure will give a rest to some of his players and mix the first lineup .