Magpies welcome this Monday Bolton Wanderers in the must win match for both teams.Newcastle should have the strength for this match after all,they play last match on Friday when they recorded away victory against Swansea.That game should bring extra motivation and boost their confidence ever more to record another  win at home against Bolton , the team which was defeated last match at  home from Fulham with a 3-0. 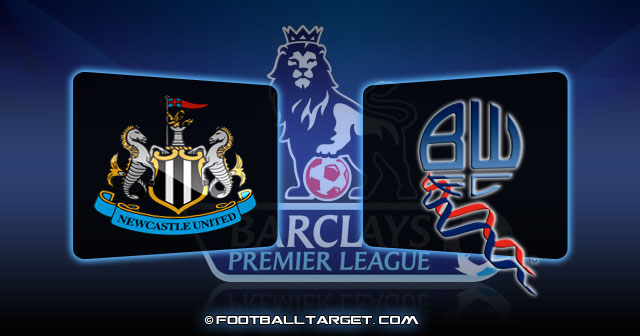 The home team, Magpies continues their brilliant form where they in one tough match managed to win on a guest appearance thevery good team Swansea at their Liberty Stadium, where they proved to have serious intentions to finish among the top four teams in this competition.

All who watched the match could see that the Alan Pardew players were greatly outplayed by the Welsh team, but the calmness of the game and safety of Newcaste defence led to Magpies winning of 2-0 and this is largely due to theirs very good striker Papiss Demba Cisse .

Newcastle is currently in the sixth place of Premier League and in the last five meetings they have only one defeat and that ones is from Arsenal on away match, while among their victories they have high 2-0 victory over Liverpool.

With 56 points in 32 rounds they are only three points behind fourth-placed team or Tottenham and surely they will do everything in order to get another three points at their stadium, and with it,to add extra pressure to theirs challengers  in the battle for places that lead to the Champions league.

For this meeting the coach Alan Pardew will not have several players available such as Fabrizio Coloccini, Danny Guthrie,Sammy Ameobi, Peter Lovenkrands Steven Taylor, Leon Best and Sylvain Marveux, so  we can expect a possible 4-4-2 formation with Krul, Simpson, Perch, Williamson,Santon, Gutierrez, Cabaye, Tiote, Ben Arfa, Ba and Cisse in first line-up.

Visiting team ,Bolton missed an ideal opportunity to continue its positive effect with a fourth victory in a row, when their hope for survival greatly silenced  Fulham in the last round when at the Reebok Stadium beat them with 3-0.

This is certainly a serious blow for this team and for the coach Owen Coyle who nevertheless regardless of the defeat can be somewhat”satisfied” because the other teams that are in the relegation zonedrop failed to take the possibility to take a point from their league meetings.

However, Bolton team could very easily could go to even lower place if they lose in this duel meet at St James Park.

Gretar Steinsson is expected to play in this match after recoveringfrom injury, but Muamba, Gardner, Holden, Lee and Mears remain unavailable for coach Coyle. As regards the formation we can expect Bolton to play with 4-2-3-1 and Bogdan, Steinsson, Wheater,Ream, Ricketts, Reo, Coker, Pratley, Miyaichi, M. Davies, and Petrov,and K. Davies in the first line-up.

Prediction : Ambitions of Newcastle team are highly increased after convincing wins in recent times and certainly that an inconclusive Bolton, which has variable game will not succeed to stop them at St James’s Park,so Newcastle to win.