Tottenham Spurs which currently riding at high third place,just a spot above Chelsea Blues,will looking for another or seventh home win in a row against Villas-Boas footballers,which surtenly will try to bonce to winning track after last week draw at Wigan.

Although this is new match it had a similar preceding storyline to last year one,when these clubs draw at the Lane 1-1,when Tottenham had been enjoying a rich vein of form, while Chelsea had been struggling to assert themselves . 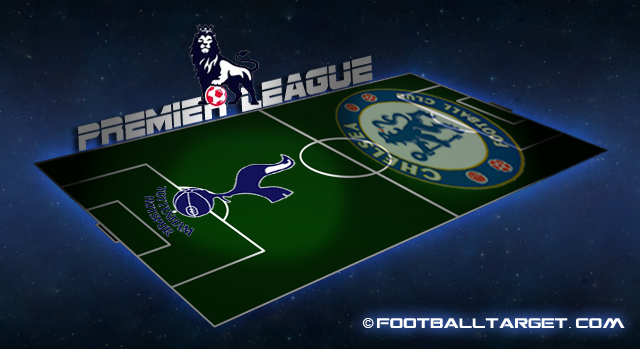 New season new match,Spurs are once again in good form ant they lost just once in their last 13 Premier league matches,against Stoke City 2-1.Especialy there are strong at home at their White Hart Lane where there are on a run of six consecutive victories in the league.

Rednkapp most fear of Chelsea Frank Lampard and he hopes that Lampard wont play.

“I hope he isn’t playing,” Redknapp said. “He is a fantastic player so if he is not playing I wouldn’t be too disappointed. “Look at his record – he scores nearly 20 goals a year every year. “That’s incredible for a midfielder.”

Despite playing one less game than their rivals, Spurs have opened up a five-point gap over Arsenal and will have the same advantage over Chelsea if they win. Redknapp denies this means his team are favourites to win the derby, however. “I wouldn’t say we are favourites,” Redknapp said.

“It looks like an even game and we were not saying that a few years ago. We have come a long way.” But Redknapp’s team go in to the match as marginal favourites having lost just once in their last 13 league games.

“He (Bale) is struggling at the moment. He hasn’t been able to train so he is very doubtful,” Redknapp said. Captain Ledley King is also a doubt as he struggles to play more than one game a week due to his chronic knee injury

Emmanuel Adebayor should overcome a minor foot injury and start, but there is a big question mark over the fitness of Jermain Defoe, who sat out Sunday’s game with a hamstring complaint.

“Jermain thinks he has a chance but the physio doesn’t,” Redknapp added. “The physio feels if we take a chance on him he could tear it quite badly and then it’s a six-week job. We don’t need that really, but he loves training and playing.”

Ramires is also a concern as he is recovering from a muscle injury that caused him to miss the trip to Wigan Athletic. Frank Lampard should retain his place in the starting lineup if the Brazilian is unable to make it in time for this fixture.

A draw would see Spurs sit as the top-ranked London club at Christmas for the first time in 16 years.Should Gareth Bale join Aaron Lennon as an absentee, Spurs will be bereft of their two most devastating attacking forces and Chelsea would certainly fancy their chances. But both sides will be happy with a draw and that appears the likeliest outcome